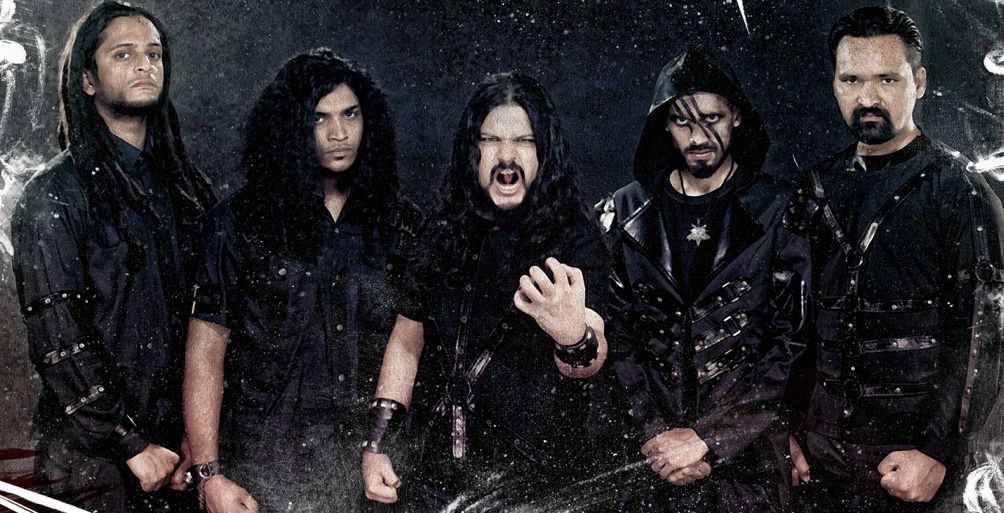 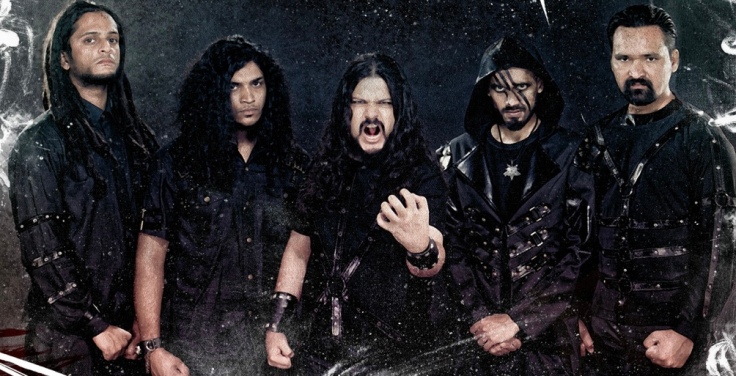 A Candid interview with one of India’s most popular extreme metal bands, “Demonic
Resurrection”

Written By Christy Lee
As you all know, it is not easy to succeed in the music arena and the industry has been on a steady decline now for many years. There are many different factors that add to this equation but the main reason is music being readily available on the internet for downloading and sharing. Record sales have plummeted and that used to be the main source of income for both musicians and labels. The rock and metal genres have always had their challenges when it comes to success. The degree of difficulty for success in the music industry is multiplied when you’re music is in the rock or metal
genre. Demonic Resurrection like many other bands out there has gone through the vicissitudes of the music industry.
Demonic Resurrection, a blackened death metal band formed in March 2000, are now one of India’s most popular bands. Fourteen years later the band is about to embark on a European tour for a month including Wacken Open Air Festival, one of the biggest metal festivals in the world. They will be promoting their fourth full-length album, “The Demon King,” slated to release in India in July. They also made the cover of this month’s “Rolling Stone” cover in India. “Demonic Resurrection” is an extremely talented band, has released three studio albums, one EP, have signed with Candlelight
Records and have had their video, The Unrelenting Surge of Vengeance aired on national television in India. The band is on the verge of future success but this wasn’t always the case. They have had their share of difficulties. They experienced a successful 2010 year, winning the Golden God Award, playing Inferno, Brutal Assault etc, making their first video. Then in 2011 the tides turned.
Demonic Resurrection has been steadily gaining fame and popularity in India. I’m talking to Mumbai extreme metal band Demonic Resurrection’s frontman and founding member Sahil Makhija, also known as The Demonstealer.
C: How hard has it been for you collectively as a band trying to succeed with the current state of the music industry?
DS: We got booked for Sonisphere in the UK and spent 1200 Pounds for the TIER 5 Visa which is required for the UK and about 2500 pounds more on our tickets. We managed to book 4 more shows in the UK. Our visas did not come on time and when they did we got rejected and we lost around 1500 pounds in the process. We spent over a year trying to earn that back. We had 2 lineup changes after that. Husain and Daniel left in 2012 and 2013 respectively. Our album sales outside India were not good since we couldn’t tour. Candlelight was going to drop us from their roster. Our merchandise did not sell outside India so we’re pretty much off OMERCH as well. We had an offer to tour with Krisiun that was going to cost us 10,000 EURO despite it not being a buy
on but that got cancelled. Anyway finally with the new record our label decided to give us a show and release the album so we’re hoping this album does well. Right now on this tour we’re investing close to 5000 euro to make it happen. We don’t know when or how we’ll earn it back but it’s almost double of what we individually earn in a year, it’s tough.