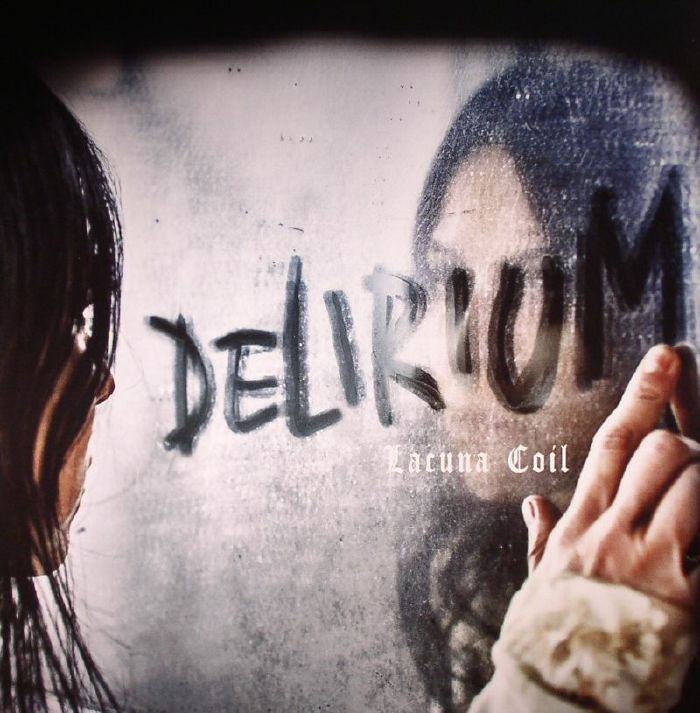 Italian goth metal outfit Lacuna Coil are riding high on their critically-acclaimed eighth studio album, Delirium. Lauded as one of the heaviest records of their career, the title cut is a sterling representation of this notion and the band has just released a haunting music video for the track.

One of the key visual components of Delirium has depicted patients in an asylum from the straight jackets worn by the band onstage to the music video seen above. The song opens up with a moody, clean guitar part and a thumping bass line as worms crawl around loose soil and various other insects make their way into view. Blair Witch style footage takes on a grainy, grey hue as Cristina Scabbia and Andrea Ferro take turns delivering their respective lines.

Clips show a lone person sitting on the floor in an isolated room, while others show a wall of newspaper clipping and handwritten notes all tacked in a massive collage. A blood-soaked hand slowly runs down the wall littered with these notes, creating an uncomfortable and nervous tension.

Scabbia spoke about how the video was filmed, telling Blabbermouth, “We filmed our parts for this video in one evening while we were on the U.S. tour this past May. We used a Go-Pro against a black backdrop and we wanted something that would be purposely rough, something that could remind some weird lost videos found after years and years.”

Continuing, the singer added, “The whole video edited together with the parts filmed by the director with an actress turned out as a very strange sort of a trip, where a girl tries to tight up memories and details together to try to find her sanity back, somehow. I really like some of the scenes as they reminded me some kind of Korean horror movies vibe and it is totally fitting the Delirium vibe and concept. It also leaves a lot to the imagination, so thanks for checking it out and enjoy.”

LACUNA COIL – The House Of Shame

Scabbia adds, “Everything feels different this time in the Lacuna Coil camp. It’s something I can hear, and something I can breathe. A new wave of confidence, a renewed essence, and pure drops of energy sweating out of our pores.”

Delirium utilizes some of the metal stylings from the band’s early days along with the accessible hard rock of more recent albums. Opening track “The House of Shame” opens with gruff vocals from Ferro before Scabbia’s melodic vocals kick in. “Broken Things” is catchy, but has plenty of heft.

Zelati wears multiple hats on Delirium. In addition to his bass duties, he also plays guitar on the album. And after working with high profile producers like Don Gilmore (Korn, Bullet For My Valentine) and Jay Baumgardner (Papa Roach, Seether) on their last few albums, this time Zelati takes the production reins.

The band brought in some guest guitarists, as well, with Myles Kennedy (Slash, Alter Bridge), Diego Cavallotti (Neptune’s Rage) and Mark Vollelunga (Nothing More) among those contributing solos. This is the first Lacuna Coil album for drummer Ryan Blake Folden, who anchors the heavy parts with ease and shows dexterity and subtlety in softer sections.

Songs like “Downfall” add plenty of atmosphere and orchestration to the mix, as does “You Love Me ‘Cause I Hate You.” When it comes to chemistry, Scabbia and Ferro have been singing together for 20 years, and their voices blend effortlessly. They trade off vocal parts seamlessly, whether they are both singing or if Ferro is using a harsher style.

Delirium should appeal to Lacuna Coil fans old and new. It’s a polished album with memorable and flawlessly arranged songs that also includes some of the heaviest material they have done. That combination makes for a diverse and dynamic release.