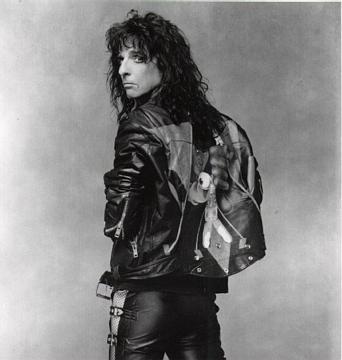 On this date in history, 5/7/1978, I saw Alice Cooper for the first time. The venue was Market Square Arena in Indianapolis and this was just the 5th rock show of my young career.

I can’t overstate how much of an influence Alice has had on my musical taste. His face would be on my Mount Rushmore of live performers. The theatrics, the level of talent in his backing band, his ability to get inside the characters lurking in all those amazing SONGS!!! Yes, it truly comes down to the songs, doesn’t it? Without them, no amount of glitz and glamour will hold things together for long, and Alice Cooper has been doing this since the late ’60’s.

Bachman-Turner Overdrive opened the show and they were really solid and rocked hard. They had some great tunes as well, Randy Bachman had been in The Guess Who, another hit making machine, so putting B.T.O. with Alice was a pretty cool double bill.

I have seen the Coop many times since this show, but the first time always holds a near and dear space in one’s heart. As long as he keeps doing shows, I will try to find myself in the audience. Long live the Coop!