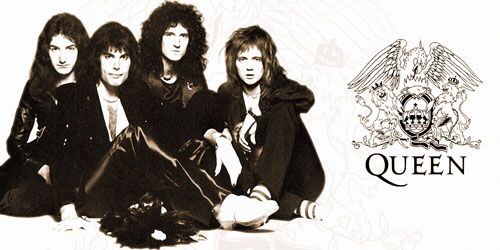 On this date in history, 8/5/1982, Queen graced Indianapolis with a stop on their final tour of America in the Freddie Mercury era.
The show took place at Market Square Arena and featured Billy Squier as the opening act. By 1982 Queen were global superstars, touring on their latest (and arguably least popular) album, Hot Space.
They had embraced a keyboard heavy, dance and disco influenced sound for the record, but I don’t recall that affecting their live performance.
Brian May’s glorious guitar work was still front and center on the classic ’70’s material that comprised the lion’s share of the songs they played at this concert.
One thing that never wavered in any of Queen’s various styles was the majestic tone of Freddie Mercury’s one-in-a-million voice.
That voice, coupled with his commanding and charismatic flair as a front man, was my primary memory of the performance.
In the studio, Queen were all contributing songs and ideas, but live, it was Mercury’s playground, and he elevated the band to legendary heights.
The light show was state of the art and innovative for its time, and the sound was crystal clear and perfectly defined for those glorious Queen harmonies.
Billy Squier did a fine job with his opening set. Squier had just released Emotions In Motion, his second consecutive platinum album.
Freddie Mercury and Queen’s drummer, Roger Taylor, sang backup vocals on the album’s title track, and the co-producer of the record had previously produced Queen’s The Game, so that probably accounts for him being on the tour. It proved to be a show full of great songs, great production and fantastic musicians making magical moments. This one was special and everyone felt it, beyond a doubt.