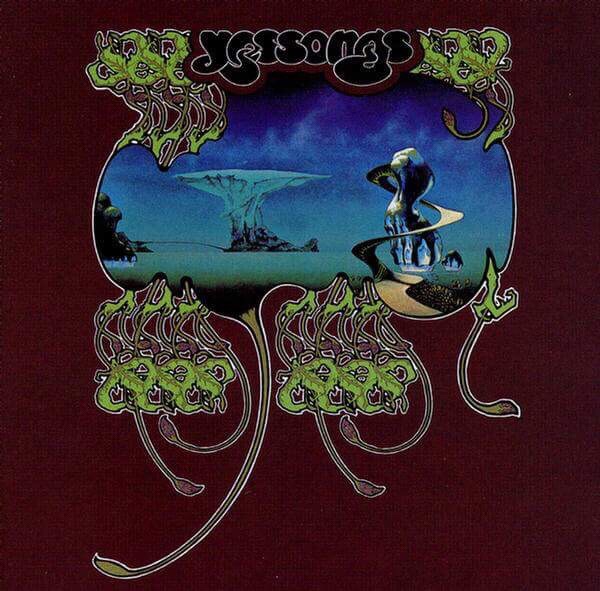 Live albums were a huge deal for many bands in the 1970’s. In general, double albums featuring cross sections of an artist’s career were big business for lots of acts of that era…some (Peter Frampton, Kiss) launched massive sales on their debut live discs after relentless touring. Progressive English bands Yes and Emerson, Lake and Palmer upped the ante by putting out TRIPLE live albums! I was a member of the Columbia House record club back then, and Yessongs was the feature release one month in 1973. I had never heard the band at that time, but loved the cover art that Roger Dean designed for their albums, so I decided to order this magnum opus and work towards fulfilling my obligation to the club at the same time. Needless to say, I played the entire six sides of this record in one sitting and fell absolutely in love with this band. Jon Anderson’s glorious voice, the majestic and massive tone of Chris Squire’s bass, the keyboard wizardry of Rick Wakeman (complete with a cape…yep, a CAPE!), and Steve Howe’s incredible guitar skills, combined with both departing drummer Bill Bruford and his replacement, Alan White, and I was mesmerized. The songs were all full of intricate musical and vocal harmonies, complex rhythm and time changes, and epic structure. Just magnificent from start to finish. This was the sound of a band at their absolute peak, and I for one am glad that they chose to make their live album longer than most of the others. I am a child of the ’70’s and I’m proud to say that my decade ROCKED!