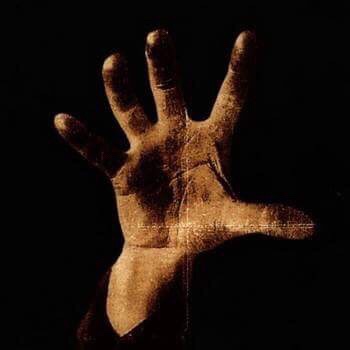 System Of A Down released their self-titled debut album in 1998. It was their appearance on the main stage of Ozzfest 1999 where I first came in contact with their music, and at first I admit I had trouble finding the center of their music. Luckily, I spotted a young man wearing a sock hat in the scorching summer sun, intensely singing every word of the song they were currently playing, and I just kind of studied him and his movements and it all clicked into place. System Of A Down were unlike any other band playing that festival; perhaps it was their Armenian heritage, but they were electric and fearless, and once they had my attention they had a new fan for life. The next day I went out and bought the cd and kept it in heavy rotation in my stereo for at least a month. Among my favorites are War?, Suite-Pee, Cubert, Suggestions, and the amazing Sugar. Honestly, I love the whole album, just bizarre and entertaining from start to finish. Serj Tankian and Daron Malakian’s vocals, both individually and blended in glorious harmony, just fill the songs with so much intense emotions. The drumming of John Dolmayan keeps the complex arrangements from imploding, indeed steering the wildly constructed tunes on a freight train of metallic bliss. System Of A Down would go on to much greater public success with their next album, but for my money they never topped the fire contained on their magnificent debut.