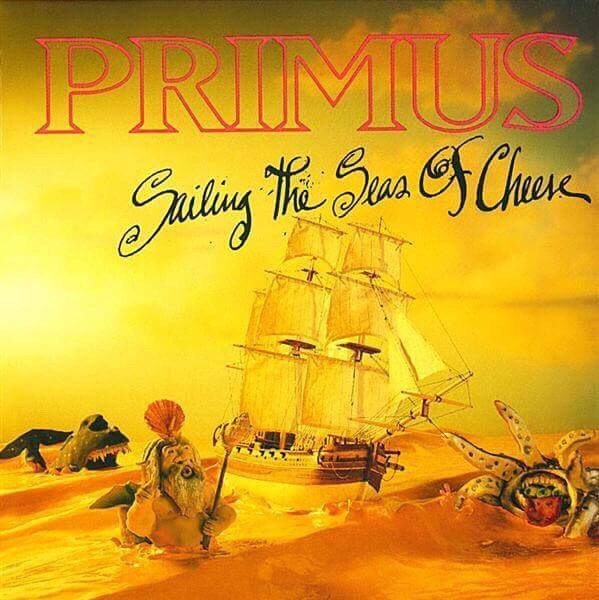 I can’t remember precisely the first song I ever heard by Primus, but I do recall being aware that I had never heard anything quite like it before (or since). I have chosen their major label debut, Sailing The Seas Of Cheese, from 1991, because it contains Tommy The Cat and Jerry Was a Race Car Driver, 2 prime examples of the twisted genius of Les Claypool. Primus isn’t for everyone, one big reason why I like them so much. As musicians, these guys are off the charts, but they have Mr. Claypool’s odd vocals and even stranger lyrics, and that creates a line that many just aren’t interested in crossing. For those of us who appreciate the eccentric nature of this phenomenal band, this album contains Here Come The Bastards, Sgt. Baker, Those Damned Blue-Collar Tweakers, and Fish On, all rich tales of weirdness and whimsy. If you don’t care for the vocals, try focusing on the insanely talented Claypool, playing some of the best bass guitar work in the music business, or the quirky guitar wizardry of Larry “Ler” Lalonde, or the octopus armed drum attack of Tim “Herb” Alexander. One more thing before I sign off, Tommy The Cat features Tom Waits as the voice of the cat, just one more thing I love about this album. Primus Sucks!