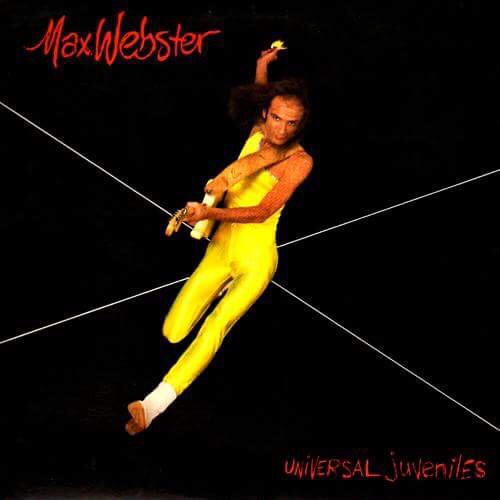 Max Webster, like Jethro Tull, is a band’s name, not an actual person. I fell in love with their final album, 1980’s Universal Juveniles, after seeing them open for Rush. Speaking of Rush, Canada’s premier power trio joined Max Webster in the studio for a live recording of the song Battle Scar. The tune featured trade-off lead vocals between Rush’s Geddy Lee and Max Webster’s Kim MItchell (band leader/lead singer & guitarist). Battle Scar received some pretty good radio time on Indy’s own WFBQ at that time and when the Websters played it in concert, Geddy joined them (wearing a Richard Nixon mask, but his voice gave him away instantly). Other killer tunes on this flawless album included In The World Of Giants, Blue River Liquor Shine, Cry Out Your Life, and Check. Kim Mitchell wrote the majority of the lyrics and Pye Dubois wrote some really trippy lyrics. Mitchell is a blazing guitar player and pretty solid vocalist, too. If you can find this disc, grab it and crank it up. Canada knows how to rock!