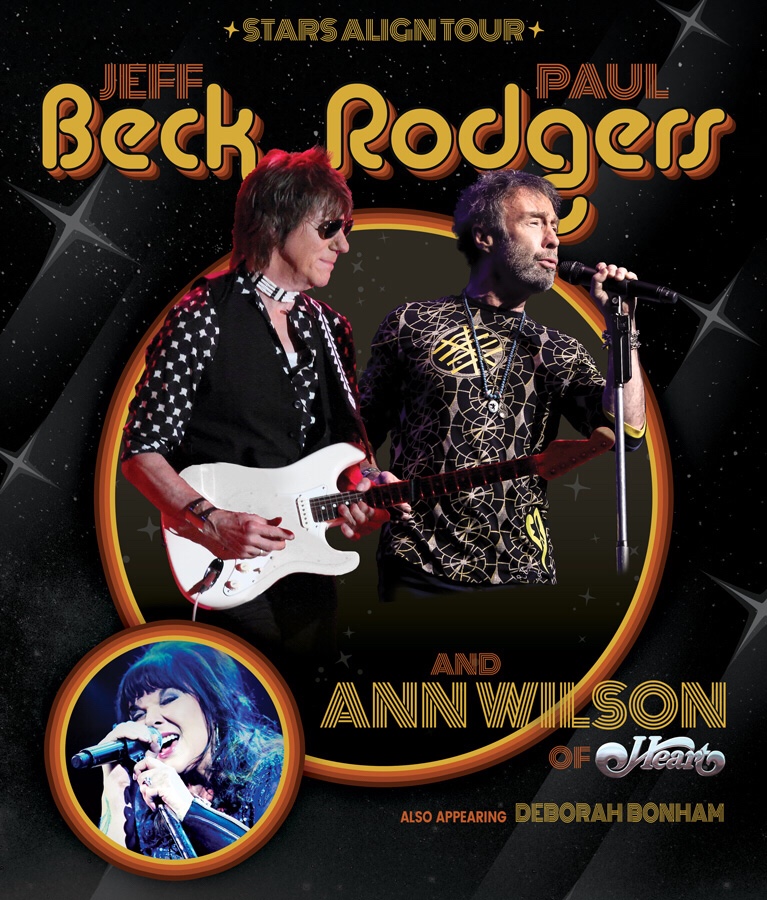 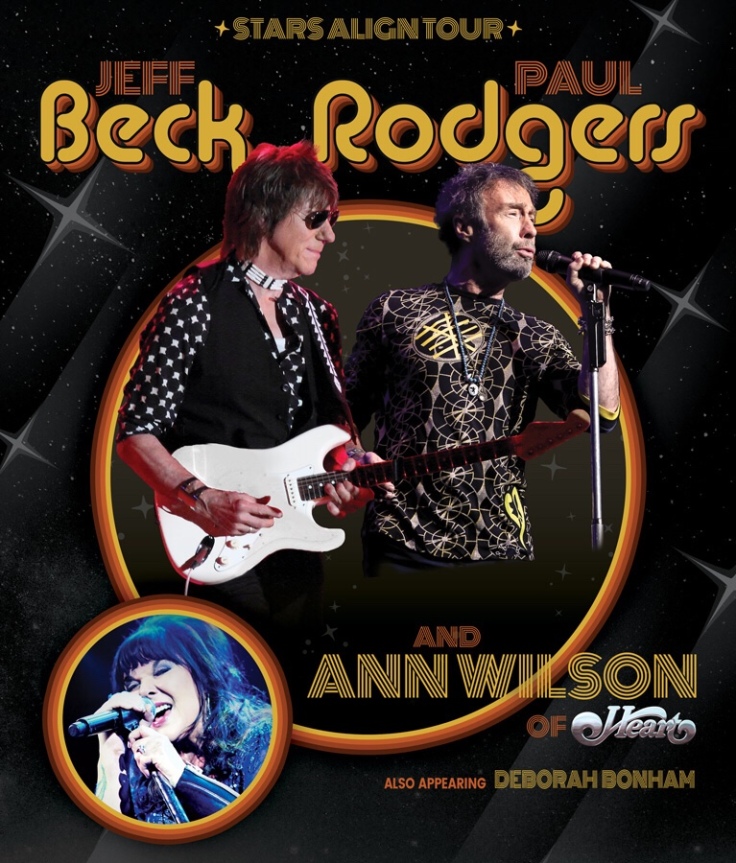 On this date in history, 8/10/2018, I caught a magical evening of music at Deer Creek in Noblesville, IN. The show featured Paul Rodgers, Jeff Beck, Ann Wilson, and Deborah Bonham. Bonham started the evening’s festivities with a brief set of songs featuring her bluesy voice accompanied by a single acoustic guitar. She is the sister of the late John Bonham (Led Zeppelin’s immortal drummer) and proved conclusively that her brother wasn’t the only one with talent in her immediate family. I really enjoyed her style, and she was great with the crowd, even mentioning that she heard the venue used to be known as Deer Creek (gaining a big cheer from the crowd and making her our friend from that moment on). Up next was Ann Wilson, touring in support of an album that hasn’t been released yet (a tribute to legends who have recently passed away). Hearing Heart’s singer covering The Who, Amy Winehouse, Chris Cornell, Glen Frey, and Dusty Springfield was amazing. Wilson poured her soul and considerably powerful voice into songs that she personally picked for her record. I haven’t listened to a lot of Amy Winehouse’s stuff, but Ann crushed it on the song that she sang from the tragically short-lived British soul singer. My favorite living guitarist was next, and Jeff Beck did that thing that he does so well, conjuring miracles of sound from his Stratocaster. It had been 23 years since I had seen him last, and this time he had a singer with him for about half of his set. Jimmy Hall, from the band Wet Willie, did an amazing job on each of the songs he sang, particularly Superstitious by Stevie Wonder. Beck also had a female cellist and featured a couple of staggeringly beautiful instrumental pieces with her, playing cat and mouse with his guitar and her cello weaving a tapestry of magic tones. Both times I have seen Beck, his drummer has been an alumnus of Frank Zappa’s (Terry Bozzio in 1995, Vinnie Colaiuta this time). The female bass player was fierce, too. This would be my first time seeing Paul Rodgers live, and he was extraordinary. I am utterly in awe of the voice this man still has in his ’70’s…he literally sounds exactly like he does on all the old Free and Bad Company records from decades ago. His band was top shelf, too. Drums, bass, keyboards, and one guitar player (who had to follow Jeff Beck, not an easy task for anyone…but he was great) doing what all classic English rock bands do, which is play in the pocket, rock solid music to support one of the greatest voices in the history of voices. It was kind of mind-boggling to me that only about 5000 people were in attendance, but we sure did get a memorable night of music from some of the giants who still roam the musical earth.

Written By “The Concert Critic” AKA Braddon S. Williams