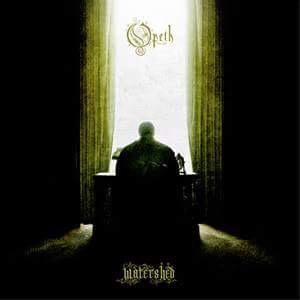 Opeth released Watershed in 2008, and it was their final album to feature any proper death metal growls from lead singer/lead guitarist/primary songwriter Mikael Akerfeldt.

Being Opeth, it also featured lots of his soothing melodic clean vocals and a myriad of musical influences crossing multiple subgenres of metal and progressive rock.

Watershed was the first appearance of current lead guitarist Fredrik Akesson and drummer Martin Axenrot. Both of these amazing musicians immediately fit in with the trademark Opeth sound, but ultimately have helped shape the path the band has traveled in the intervening years.

This constant evolution of styles is one of the many facets of Opeth that I love.

They are fearless in their quest for expression in music and aren’t afraid to alienate some fans who are unwilling to accept these changes.

Their songs are epic in length and scope, and meticulously crafted.

Watershed only contains 7 songs, but they are full of awe-inspiring work.