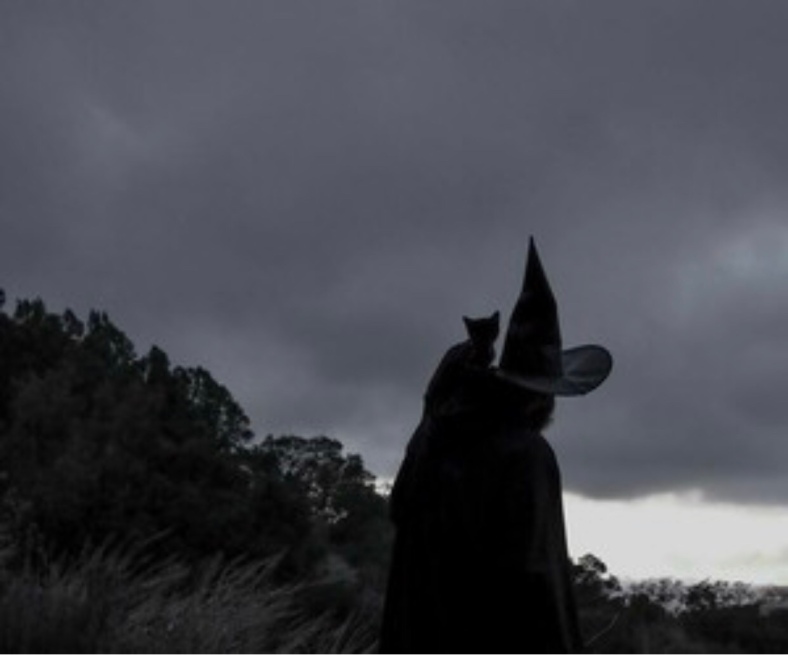 Double, double, toil and trouble, fire burn, and cauldron bubble. Get out your pointy hats and broomsticks, we’re off on a witch hunt. Well, okay, we’re only hunting for some top notch witch songs. Hold the eye of newt! Something wicked this way comes.Open, locks, whoever knocks…we’re off to see the witches, the wonderful witches…wait that’s not right. Let’s rock with the best Magic and Witch Songs!

Our list of the Top 10 Witch Songs begins with this exceptionally moody Rush number, one of the great songs that make up the classic Moving Pictures album. An eerie intro leads into a jagged guitar riff courtesy of Alex Lifeson, and we’re off. The song is more about the evils of a closed mind as opposed to any sorcery, which is ultimately far more evil. An interesting footnote to the song, it was recorded the same night that John Lennon was killed.

The opening track of Iron Maiden‘s seventh studio album draws its title and lyrical inspiration from a book written by infamous occultist Aleister Crowley back in 1917. The story finds good and evil magicians battling over the fate of an unborn child. Led Zeppelin‘s Jimmy Page was also highly interested in Crowley’s work, and we’ll hear about the magician again later in this list.

Before he came to worldwide fame as the singer and guitarist for ZZ Top, Billy Gibbons fronted the more psychdelic-leaning Moving Sidewalks. This song finds him under the spell of a particularly haunting woman… and from the sounds of things, quite possibly some very trippy pharmaceuticals as well.

John Fogerty sings of “Creatures, goblins, spooks all around” on this rocker from his 2004 album, Deja Vu All Over Again. The song is trademark Fogerty, powered by another in a seemingly endless stream of classic riffs. The groove is as wicked as the witch herself, and we certainly don’t wish to run into the “Shriveled old lady with the tombstone mouth scarring up trouble at the haunted house.”

Written by Peter Green and originally recorded by Fleetwood Mac in 1968, “Black Magic Woman” would be taken under the mighty wings of Santana, and made a worldwide smash in 1970 as part of their amazing Abraxas album. On the strength of Carlos Santana‘s blistering guitar, the minor-key blues reached the Top Five, while the LP shot to No. 1.

“She is like a cat in the dark and then she is the darkness” Though not a witch by name, the legend of “Rhiannon,” according to Miss Stevie Nicks, clearly states, “This is a song about an old Welsh witch.” We aren’t about to argue with Stevie on this one. We will, however, bask in its warm glow as one of Fleetwood Mac’s timeless classics. We’re given you a killer live rendition here, complete with witchy intro.

Ooooh, oooh…witchaay woman. We probably all know a creature with “raven hair and ruby lips” and chances are, “she’s a restless spirit on an endless flight.” This Eagles classic has never left the radio airwaves since it was first unleashed back in 1972 and was a must have for our Top 10 Witch Songs list. A Top 10 single from the band’s debut album, “Witchy Woman” was their second straight smash right out of the gate.

As we said earlier, Crowley surfaces again, only this time out, none other than Ozzy Osbourne, the Prince of Darkness himself, is asking the famous mystic simple but pointed questions, such as “What went on in your head? Did you talk to the dead?” Ultimately, Ozzy declares the magician’s life to be tragic: “You fooled all the people with magic / You waited on Satan’s call.”

The first half dozen or so albums from Jethro Tull are all pretty incredible, and “Benefit” is no exception. “The Witch’s Promise” is one of many pearls to be found on that LP. Driving acoustic guitar, swirling mellotron and trademark flute and vocal form Ian Andersonmeld together in this haunting tale of temptation. “The witch’s promise was coming / You’re looking elsewhere for your own selfish gain.” Released as a single in the U.K. in the spring of 1970, it hit No. 4 on the charts.

Our pick for the No. 1 spot on our list of Top 10 Witch songs is by none other than Donovan. The word “classic” gets tossed around an awful lot, but in this case, it’s truly apropos. From his legendary 1966 album Sunshine Superman, “Season of the Witch” evokes the haunting mystery of the fall season. It’s simple yet powerful riff transports and hypnotizes the listener. It’s been covered by everyone from Al Kooper and Stephen Stills to Vanilla Fudge and Lou Rawls, but the original is still the real deal.

The Salem Witch trials are indeed a stain that history cannot erase. Kind of like the Third Reich, Genghis Kahn and the Kardashians.

Did I mention Angel Witch?

Witchy Words: “Come hear, the moon is calling, the witching hour draws near…”

With all their songs about black magic and the occult, had they been around in the 1600s, Venom would’ve certainly been the house band for the Salem Witch trials.

Witchy Words: “Outside she’s looking pretty, inside a beast of hell…”

A conjuring classic about the Salem Witch trials and a couple of my ex-co- workers.

Witchy Words: “Body of a monkey and the feet of a cock, dragged from her home on the killing rock…”

Witchy Words: “You’re floating there, you’re handing me a snake inside a jar. It’s just too cool, I do believe, you’re what you say you are…”

19 Witches? Snakes in a jar? You should never, ever do acid…unless you want to understand the lyrics of any Monster Magnet song. I’m not even sure if this is about witches but tie me to a stake and play it over and over again.

Witchy Words: “A window full of trauma stares you in the face / You know it’s time to scream now and leave this f–king place…”

A spell-casting song about the days when witches ruled the land. And my last experience at the DMV.

Phil Anselmo is as powerful a lyricist as we have in metal. Plus any dude with a pentagram painted on the bottom of his swimming pool can write a song about witches, the occult or black magic any time he wants.

Witchy Words: “I can see a fire burning, hooded shapes are all around. I can see a throne of sliver, thirteen we are in all …”

I was going to put King Diamond’s ‘Eye of the Witch’ on this list but realized I had already used it in Top 10 Songs About Body Parts. Luckily, he wrote an even cooler song about witches while in Mercyful Fate. “Hey Don what did you do last night?” “Oh not much. Me and King Diamond went dancing with some witches but they left early ‘cause they had an early sacrifice in the morning.”

The song is about a captivating woman, but “Strange Magic” is also a good description for this song’s sonics. Compressed to a tight 3:27 for the single release (it runs 4:29 on the album), the song packs in an intriguing array of harmonies and hooks while integrating the famous ELO string section. The lyric is suitably trippy, and very repetitious, with the title appearing five times per chorus.

So there you have it…a cauldron full of the best of pop, hard rock and heavy metal magic potions to enhance your Halloween.