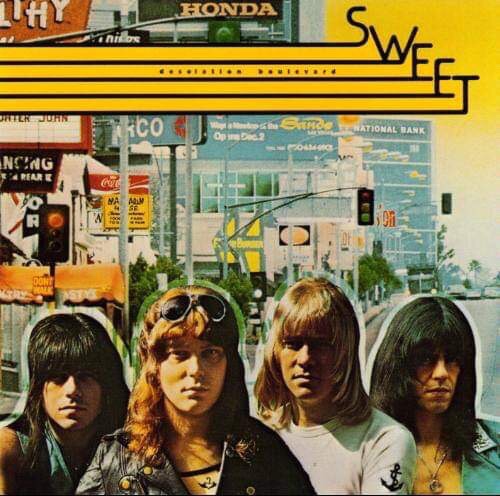 Another amazing British band from the Glam Rock days of the early ’70’s, Sweet were loaded with stacked vocal harmonies, shredding guitar work, and a crushing rhythm section.

Their 1974 release, Desolation Boulevard, spawned 2 of their biggest hits, Ballroom Blitz and Fox On The Run.

Sweet were similar to Queen vocally, with strong lead vocals supported by fantastic high harmony singing from the rest of the band.

Some of my favorite deep cuts included No You Don’t, Sweet F.A., I Wanna Be Committed, The Six Teens, Solid Gold Brass, and Into The Night.

Their follow up album, Give Us A Wink, is also a phenomenal piece of work.