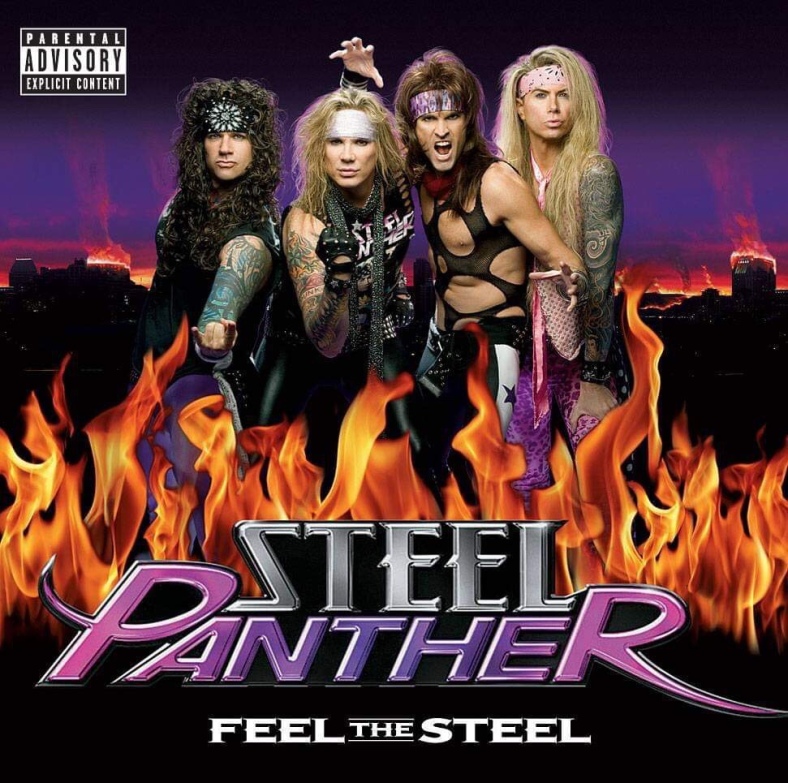 This is probably true of a majority of men, truth be told, so when I was introduced to Steel Panther, I found a band I could rock to and laugh my ass off at the same time.

Steel Panther’s major label debut, Feel The Steel (2009), is full of blazing guitars, rock solid party anthems, hair metal throat shredding screams, and absolutely filthy (and hilarious) lyrics. With song titles like Death To All But Metal, The Shocker, Girl From Oklahoma, Asian Hooker, Community Property, and Eatin’ Ain’t Cheatin’, it establishes Steel Panther as a band that delivers all the thrills of the ’80’s spandex heyday with their own twisted method of not taking themselves or that raucous era too seriously.

Having seen them live 3 times already, they pull it off live and manage to provide a combination comedy show and rock concert that causes equal amounts of laughter and head banging explosive heavy metal.

I recommend Steel Panther to anyone with nostalgia for the glorious halcyon days of big hair and raunchy humor.