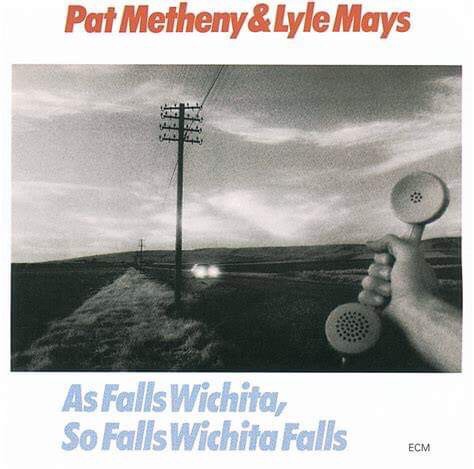 As Falls Wichita, So Falls Wichita Falls was a collaboration between guitarist Pat Metheny and keyboardist Lyle Mays. Released in 1981, the interestingly titled album was a bit outside my accustomed listening habits at that time, but there was just something hypnotic and magical about the title track, which took up all of side one on the vinyl release.

I think, looking back, that this music was a bit advanced for my understanding at the time, but I fell in love with it nonetheless. Metheny played a variety of six and twelve stringed guitars and was an early explorer of the guitar synthesizer. Consequently, at times in this music, it becomes interesting to try to figure out who is playing certain melodic motifs, but ultimately the best course is to just put on some headphones, close your eyes and enjoy the ride.

I distinctly remember listening to this album one day sans headphones, and my father remarked that I should listen to more music like this.

He was certainly correct. Metheny and Mays made some entrancing and timeless music together.

I just researched the title and discovered that it references Wichita, Kansas, and Wichita Falls, Texas, and the cover artwork is a tribute to the lyrics of Wichita Lineman by Jimmy Webb.