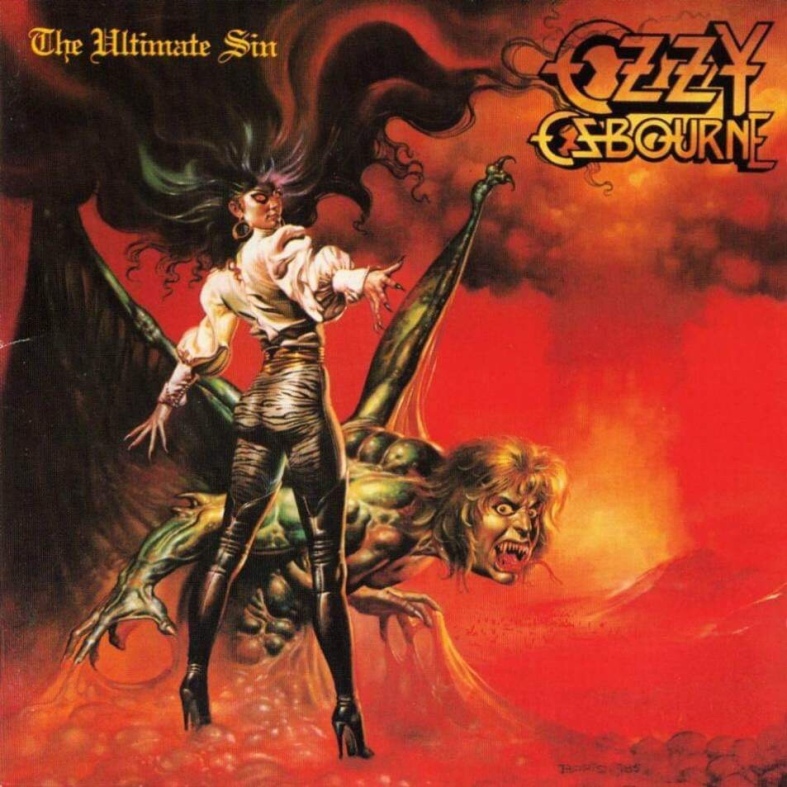 Following the tragic death of Randy Rhoads, Ozzy eventually recruited a new band featuring lead guitarist Jake E. Lee. Their first record was Bark At The Moon, and it had some classic songs, but the followup, The Ultimate Sin (1986), was the best offering from the mid ’80’s version of Ozzy’s solo band.

The title song, Killer Of Giants, Never Know Why, Lightning Strikes, Thank God For The Bomb, Secret Loser, and the incredible Shot In The Dark were all highlights of the album. Lee’s guitar work blazed all over the place, and Ozzy sounded reinvigorated after one of his stints in rehab.

The Ultimate Sin had a couple of high profile videos that received a ton of MTV air time, and a pretty sweet looking album cover, too.