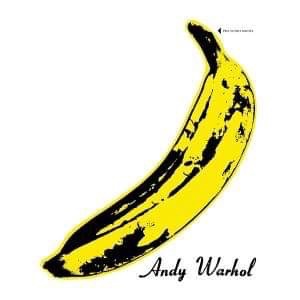 Initially, the album went virtually undetected in the marketplace, selling around 30,000 copies. Musician Brian Eno was quoted as saying that everyone who bought that album in the beginning all started their own bands.

This created a ripple effect, and eventually The Velvet Underground & Nico accumulated glowing reviews from respected rock critics and wound up on lists such as The Rolling Stone magazine’s 500 Greatest Albums Of All Time (it placed 13th). It was also added to the 2006 National Recording Registry by the Library Of Congress. Not bad for a little record that flew in the face of the Summer Of Love with its dark, street level subject matter; themes of drug addiction, prostitution, sadomasochism, and sexual deviancy.

For every action there is an opposite and equal reaction, and The Velvet Underground were apparently the reaction to the hippie movement.

Led by Lou Reed and John Cale, this iterary masterpiece of a debut included the songs Heroin, I’m Waiting For The Man, Venus In Furs, Femme Fatale, The Black Angel’s Death Song, All Tomorrow’s Parties, and Run Run Run.

Oh yes, Nico only sang lead vocals on 3 of the songs, but she had a pretty hypnotic sounding voice that fit right in with what was going on.

Andy Warhol himself painted the iconic banana cover art, and as a guy who has been known to wear a banana suit from time to time, you know that scored major approval points from me! Bottom line is this: go out and get a copy of The Velvet Underground & Nico and start a band!