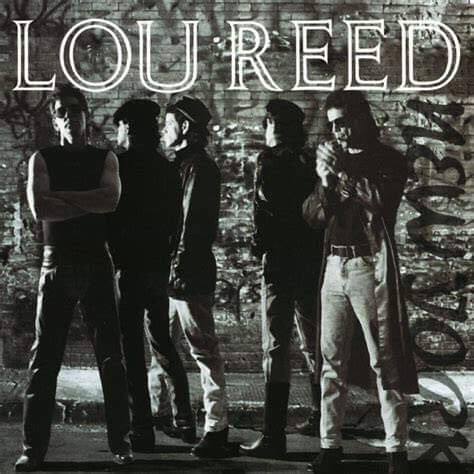 Lou Reed’s New York (1989) was a comeback album that pretty much saved the man’s career. Not only that, it was (and is) a remarkable set of songs that Lou intended to be listened to in one sitting, much like watching a movie or reading a good short story.

It isn’t a concept album, but the songs are all tied together conceptually by the narrator (Reed) and his city (New York). Lots of famous names are mentioned throughout the lyrics and many are targeted by Reed’s anger and cynical wit.

The music is stripped down, basic rock ‘n roll, with guitars, bass, and drums as the only instruments.

Production was raw and basic, too, going against the grain of the big digital mixes of that era.

I would normally single out some favorite songs, but in keeping with Lou’s wishes, do yourself a favor and listen to it straight through. You’ll be glad that you did!