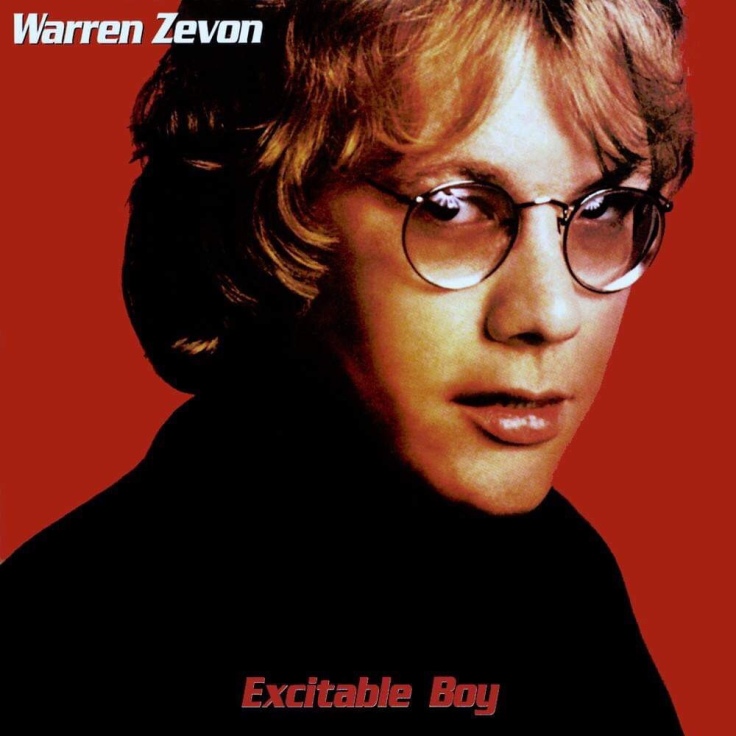 Over the course of this 365 day album challenge, I have found myself reminiscing about friends who are no longer living that I used to spend a lot of time listening and discussing music with. This brought back memories of Warren Zevon’s Excitable Boy (1978). One of my best friends (and songwriting collaborators) used to talk about Zevon’s intelligent lyrics, dark sense of humor, and outstanding choices of sidemen on his albums.

I think Excitable Boy captured all of the man’s best attributes, and certainly his biggest success.

Lawyers, Guns And Money is another brilliant story/song that never grows old to me. Accidentally Like A Martyr and Tenderness On The Block capture Zevon’s softer side, while Roland The Headless Thompson Gunner spins the tail of a mercenary in colorful prose.

All of this star power enhanced the musicality, but the real star of the proceedings was Zevon’s imaginative songwriting. This review is dedicated to the memory of Larry Denman and Warren Zevon.