The former home of one of the most notorious figures in the study of the occult and the mystical has gone up for sale. The fire-ravaged ruins of Boleskine House, the one-time residence of Aleister Crowley, have been listed for sale at £500,000 (around $650,000 USD).

Crowley, who called himself “The Great Beast” and was once called “the wickedest man in the world,” was an influential figure and author in the realm of ceremonial magick and the occult, inspiring countless followers to pursue the study of higher mysteries and the esoteric. Naturally, Crowley’s former residence Boleskine House is alleged to be haunted or cursed and was reportedly used for Satanist rituals and black magik ceremonies between 1899 – 1913.

Could any dark forces still linger on the property? 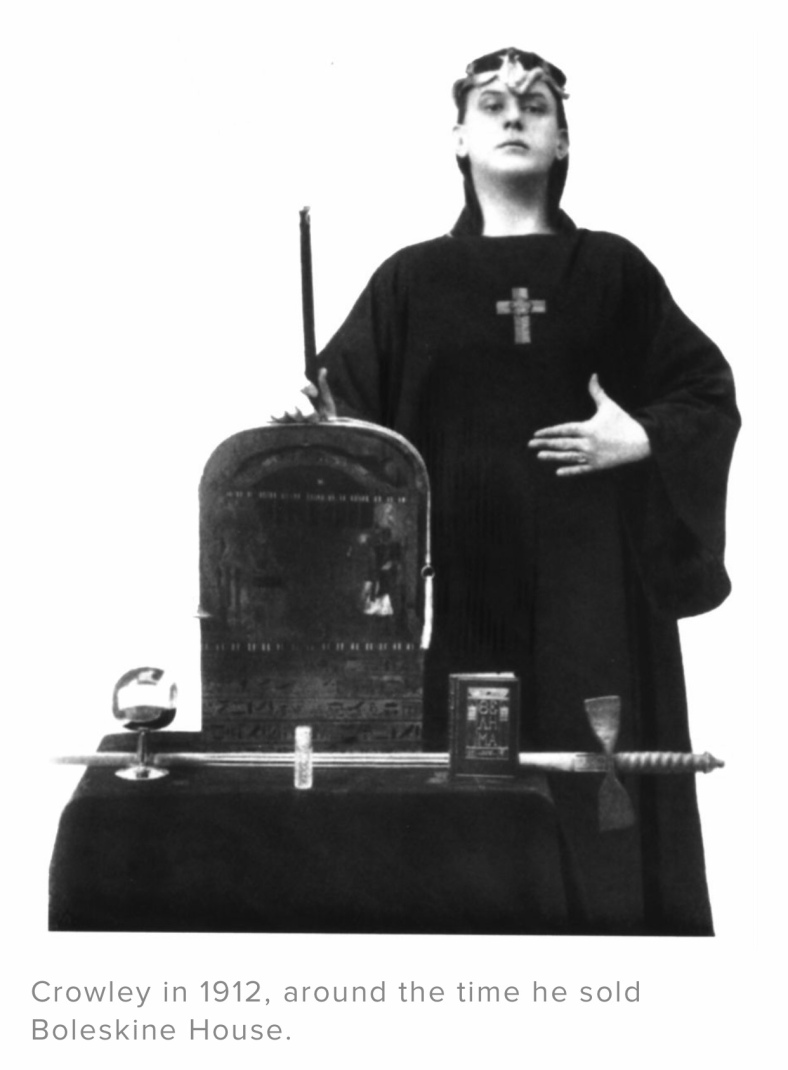 Given it’s history, it seems that way. Boleskine House sits on the southeastern shores of Loch Ness, itself an infamous location. Crowley owned the property until 1913, after which it was owned by Major Edward Grant who committed suicide in Crowley’s former bedroom with a shotgun. Following Grant’s death, legendary Led Zeppelin guitarist Jimmy Page bought the property.

Jimmy Page was a collector of Crowley relics and writings and believed the site’s dark history would inspire his songwriting. The caretaker Page hired to live at the property reported paranormal experiences and terrifying encounters with what he described as “pure evil” while at Boleksine House. For reasons unknown, Page unceremoniously sold the property in 1992. Since then, the house has changed hands several times between private owners and in 2015, over half of the house was consumed by a fire, the cause of which was never determined.

The sale of Boleskine House is being managed by selling agent Galbraiths who describe the site as a former “gracious B listed Georgian house of historic note” offering the opportunity “to restore the house and grounds to create an outstanding property subject to obtaining the necessary consents.”

What will become of this notorious and seemingly cursed property?