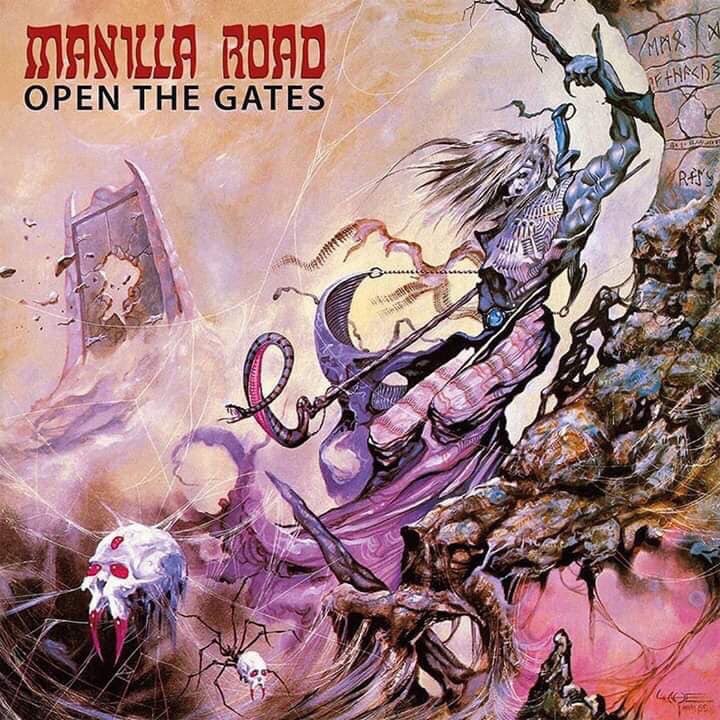 Raven was formed in 1974 in Newcastle, England, by brothers John and Mark Gallagher, and Paul Bowden. 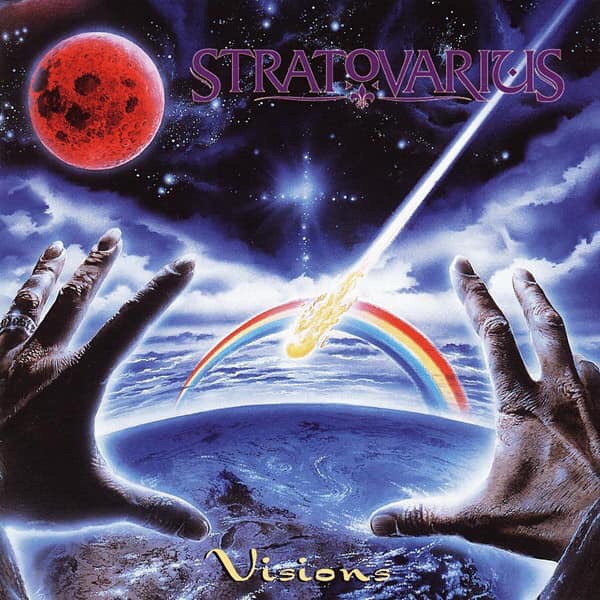 The album reached number 4 on the Finnish albums chart and remained on that chart for 23 weeks.

It was their only album to feature Daniel Corchado of The Chasm on vocals.

Apr 28th 1998 #Nile released the album “Amongst the Catacombs of Nephren-Ka.” 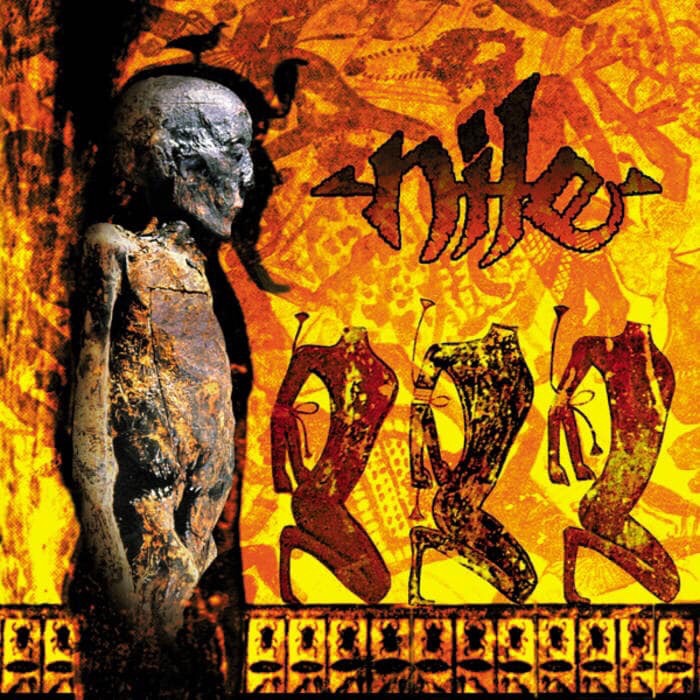 The title of the album is a reference to the H. P. Lovecraft story “The Outsider”.

This would be the last album Enslaved recorded with Dirge Rep on drums (he also co-wrote two songs).

Initial copies of the album included a sew-on patch with an image of vocalist Glen Benton and the phrase “Glen Benton for President”.

The album debuted at number 8 on the #Billboard charts.

Sadly, it was the last album Ronnie James Dio ever did.

It was the band’s first single with new guitarist Richie Faulkner.

Here’s the band playing “Creeping Death” from that night. 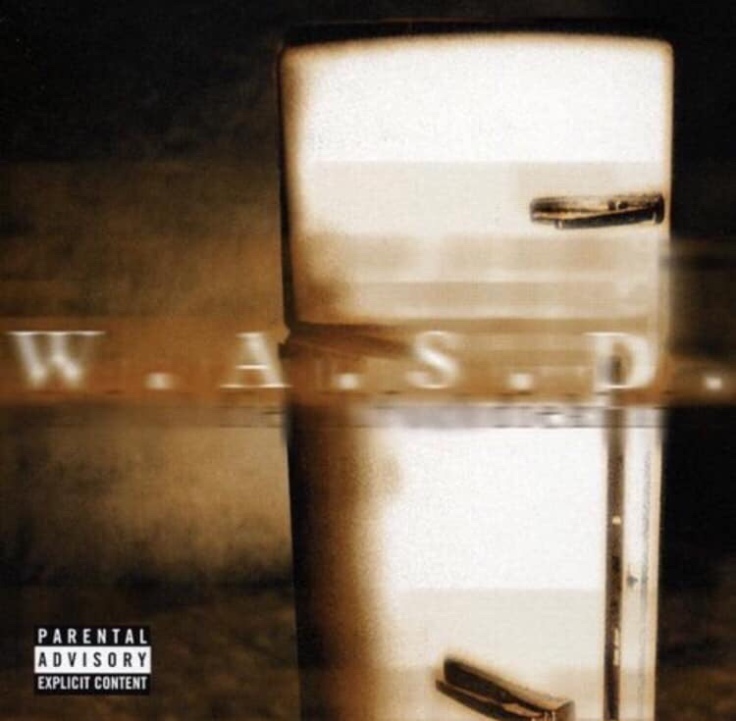 The album featured the return of guitarist Chris Holmes.

The album peaked at number 59 on the #Billboard charts.

It was the band’s only studio album recorded with drummer Paul Bostaph. 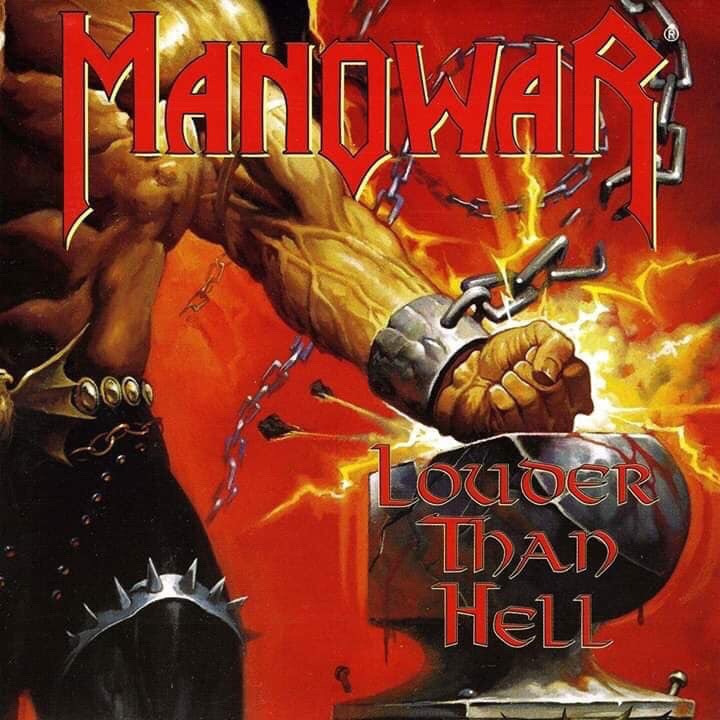 It was their first album to feature guitarist Karl Logan, as well as the return of drummer Scott Columbus.

The album was listed by Esquire as one of the 75 Albums Every Man Should Own.

Apr 30th 1984 #MotleyCrue released the single “Too Young To Fall In Love.” 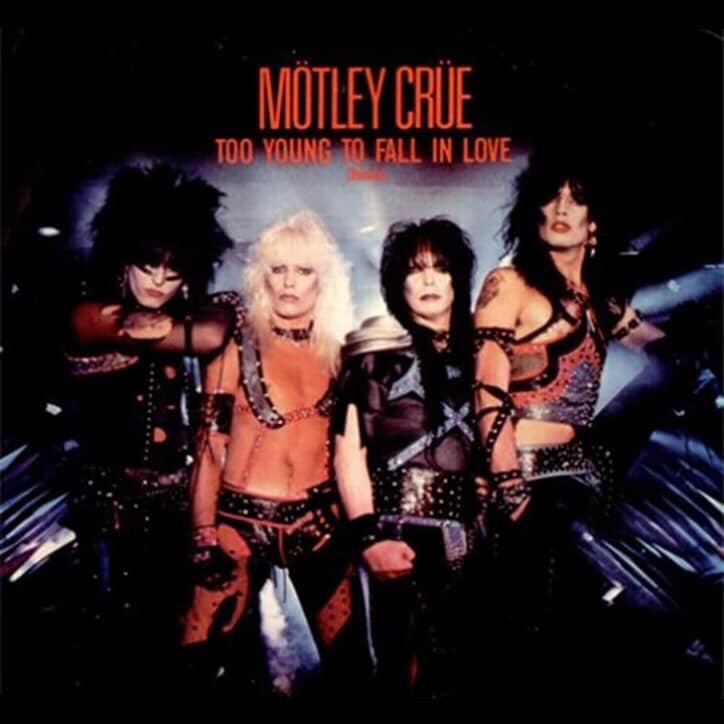 The band chose a “peaceful place” in the countryside to record, which, Koivusaari felt, led to the distinctive atmosphere.

May 1st 1990 #FlotsamAndJetsam released the album “When The Storm Comes Down.”

It was their last album with Troy Gregory on bass guitar, as he left in 1991 to join Prong.

May 1st 1985 #Avenger released their debut “Prayers Of Steel.” 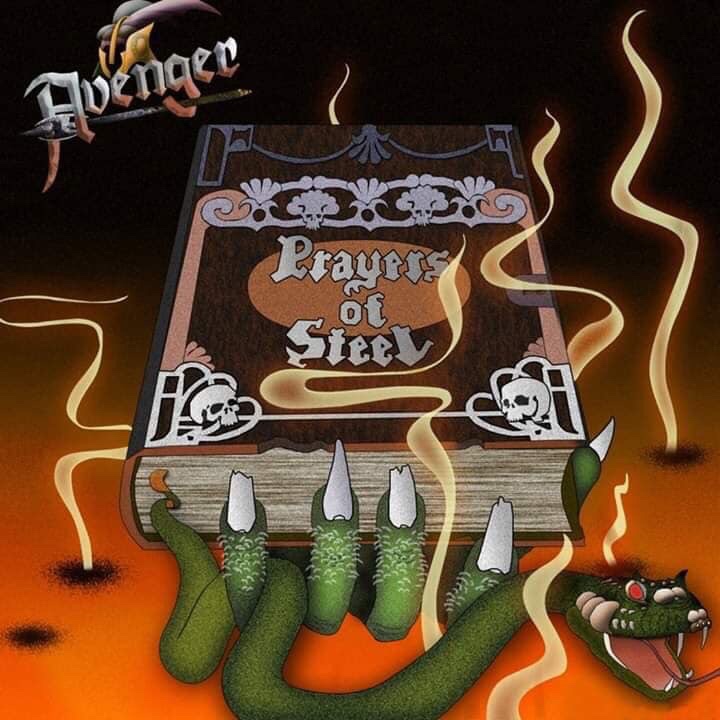 It was the only album released from the band before they changed their name to Rage.

May 1st 1987 #HEATHEN released their debut album “Breaking The Silence.”

The band did a cover of the Sweet song “Set Me Free” for this album.

‪May 1st 1983 #LitaFord released her debut album “Out For Blood.”

‪The track “Die for Me Only (Black Widow)” is not to be confused for the track “Black Widow” from her 1991 album Dangerous Curves.‬ 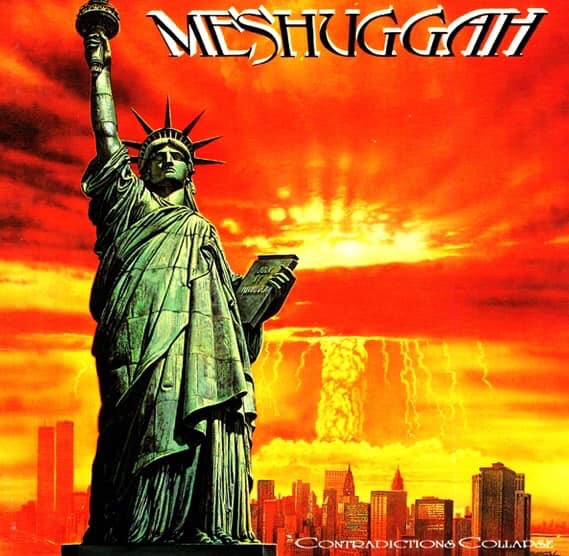 ‪The album was originally titled (All This Because of) Greed.‬

May 1st 1989 #Victory released the album “Culture Killed The Native.”

The band’s guitarist is Herman Frank, who also plays with Accept.

May 1st 1995 #Suffocation released the album “Pierced from Within.”

It was the band’s last album with guitarist Doug Cerrito and bassist Chris Richards, and the only with drummer Doug Bohn.

They are well noted for being fronted by Sabina Classen and for being one of the first German thrash metal bands. 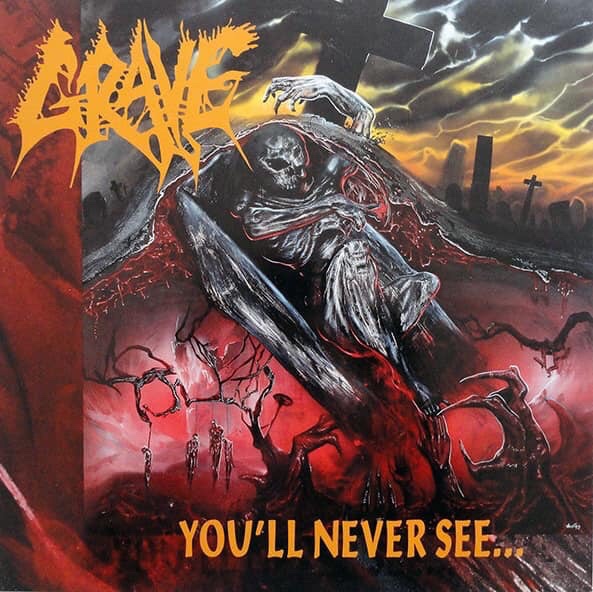 The band formed originally as Rising Power but changed their name to Grave in 1988. 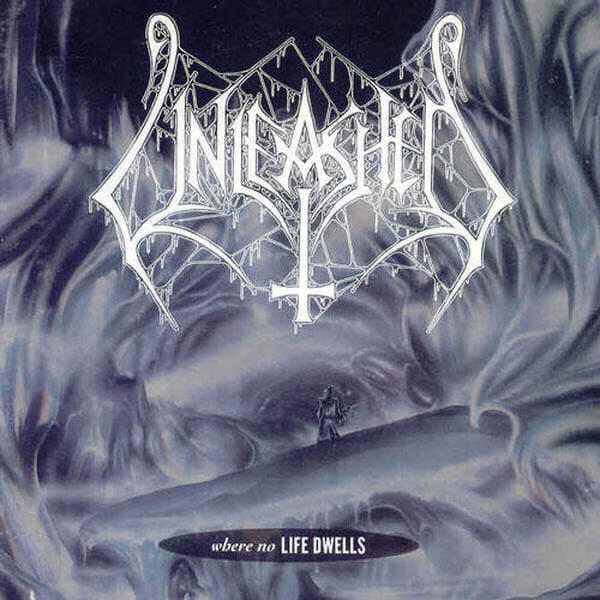 ‪Unleashed (along with Dismember, Entombed and Grave) is considered one of the “Big Four” of Swedish death metal.‬ 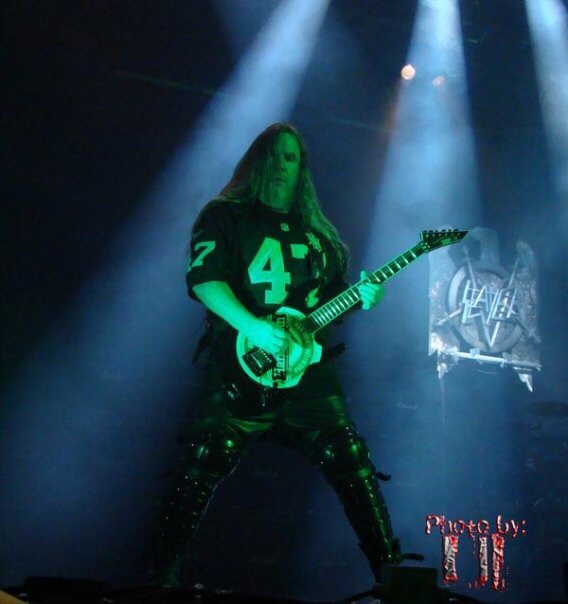 He had his own signature guitar, the ESP Jeff Hanneman Signature model. 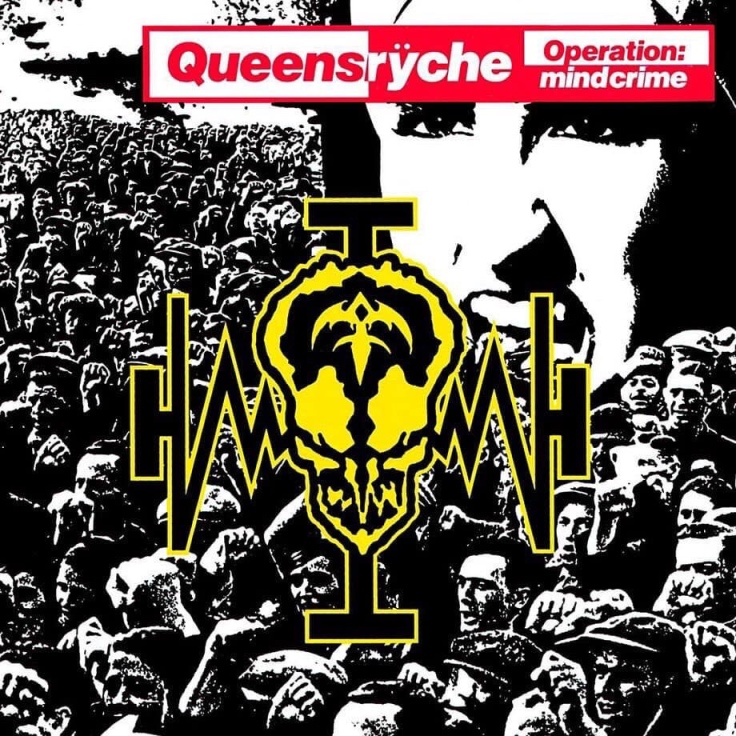 The song “I Don’t Believe in Love” was nominated for a Grammy Award in 1990 in the category “Best Metal Performance“.

The band was formed in 1982 by vocalist Sammy DeJohn and guitarist Kenny McGee.

May 3rd 1985 #GrimReaper released the album “Fear No Evil”

The album peaked at number 111 on the #Billboard chart.

Poison released their second studio album, Open Up and Say….Ahh!, 31 years ago today. The album reached #2 on the U.S Billboard 200. It was the band’s most successful release and spawned four hit singles, “Nothin’ but a Good Time”, “Fallen Angel”, “Your Mama Don’t Dance” (a Loggins and Messina cover) and their only #1 single to date, “Every Rose Has Its Thorn”. The original front cover of the album, which featured model Bambi, dressed as a luminous red demon with a protruding tongue, caused controversy among parental groups. The band apologized and changed the cover so that only the model’s eyes were visible. Open Up And Say Ahh was certified platinum in 1988 and 5x platinum in 1991 by the RIAA. It also has been certified 4x platinum in Canada and gold by the BPI.

Their sound was described by music critics as emphasizing strong, triumphant riffage and bombastic songwriting” and was stated that the album “features some of their strongest material” 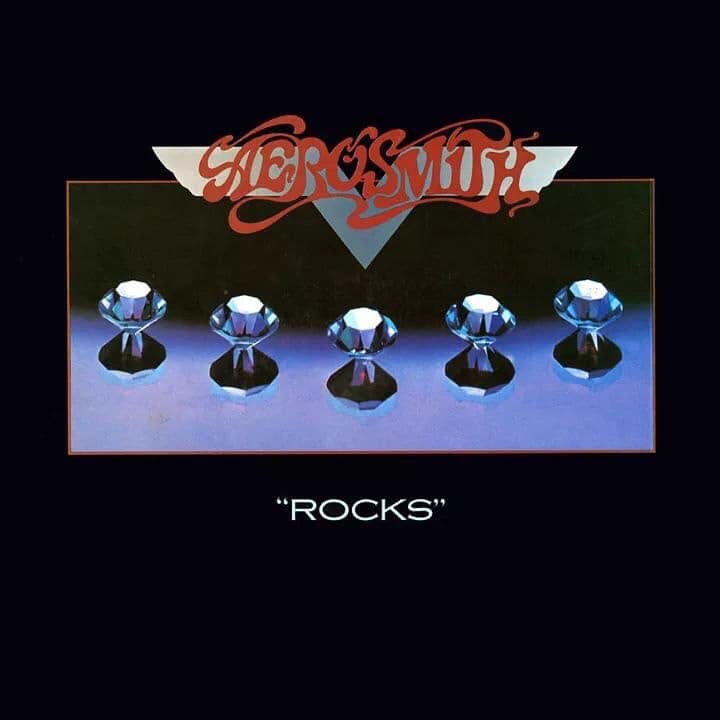 Aerosmith began indulging in the rick and roll lifestyle around the time “Rocks” was released but the hedonistic lifestyle proved to not hinder the band creatively.

It was their final album before a 14-year hiatus from 1994 to 2008. On this album, the band experimented with a more progressive sound 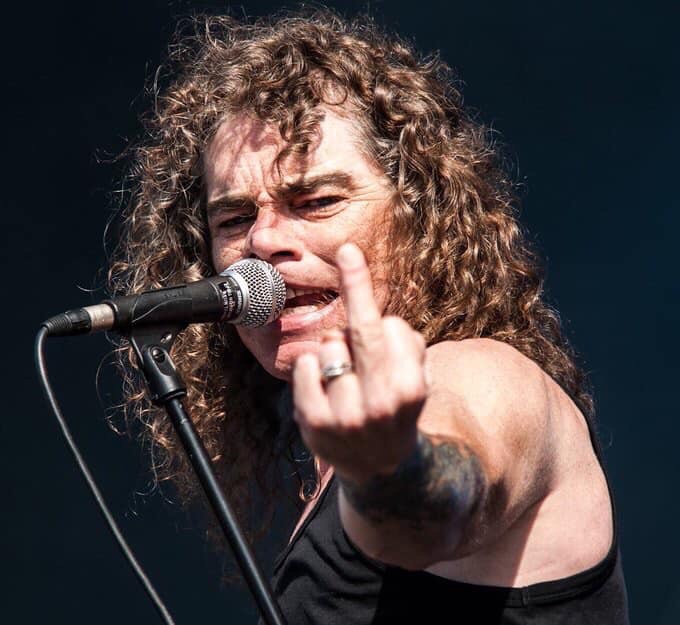 Bobby and bassist D.D. Verni have been the only constant members of Overkill. 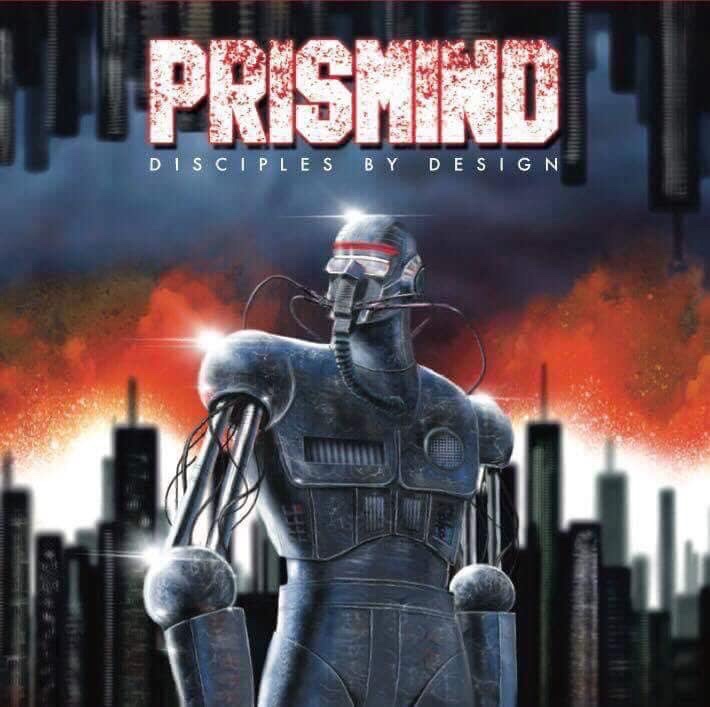 ‪The band is from Hamilton, Ontario and formed in 2013.‬ 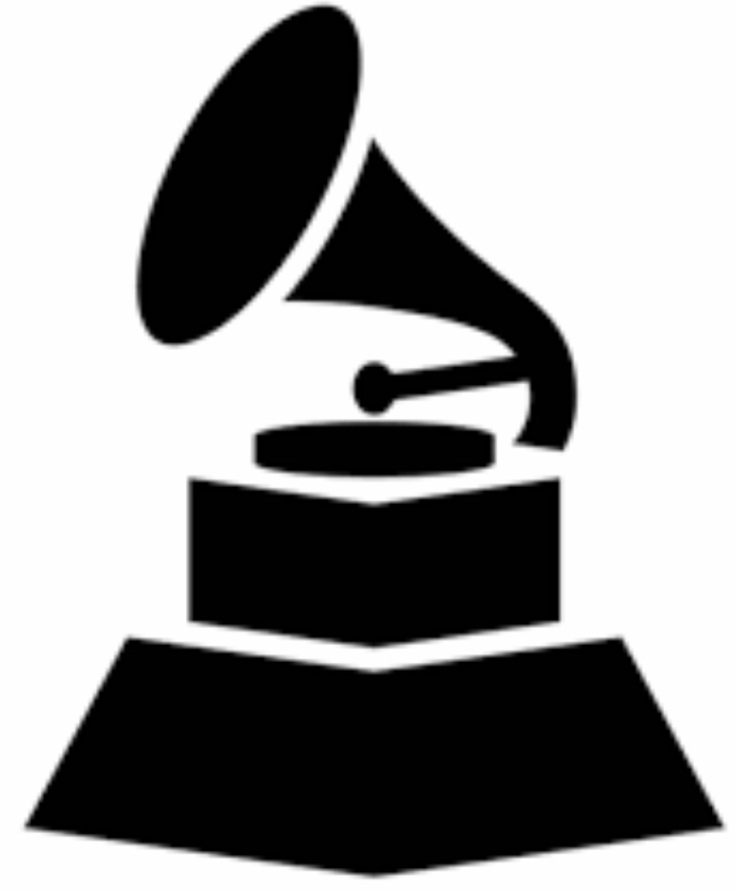 May 4, 1959 – The first Grammy Awards ceremony is held in Los Angeles with Mort Sahl as host. Domenico Modugno’s “Volare (Nel Blu Dipinto Di Blu)” wins Record of the Year. The Music from Peter Gunn wins Album of the Year.

May 4, 2012 Adam Yauch, vocalist of The Beastie Boys dies of cancer. 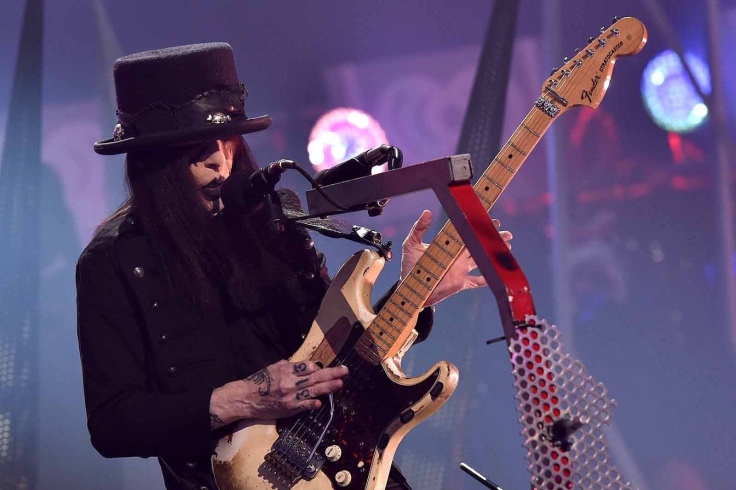 According to an interview published in September 2009, Mars’ main stage guitars at that time were Fender Stratocasters with a single-coil pickup between neck and bridge humbucking pickups. He frequently used a Stratocaster pieced together from components of 1963, 1964 and 1965 models with J.M. Rolph pickups and a Floyd Rose vibrato.