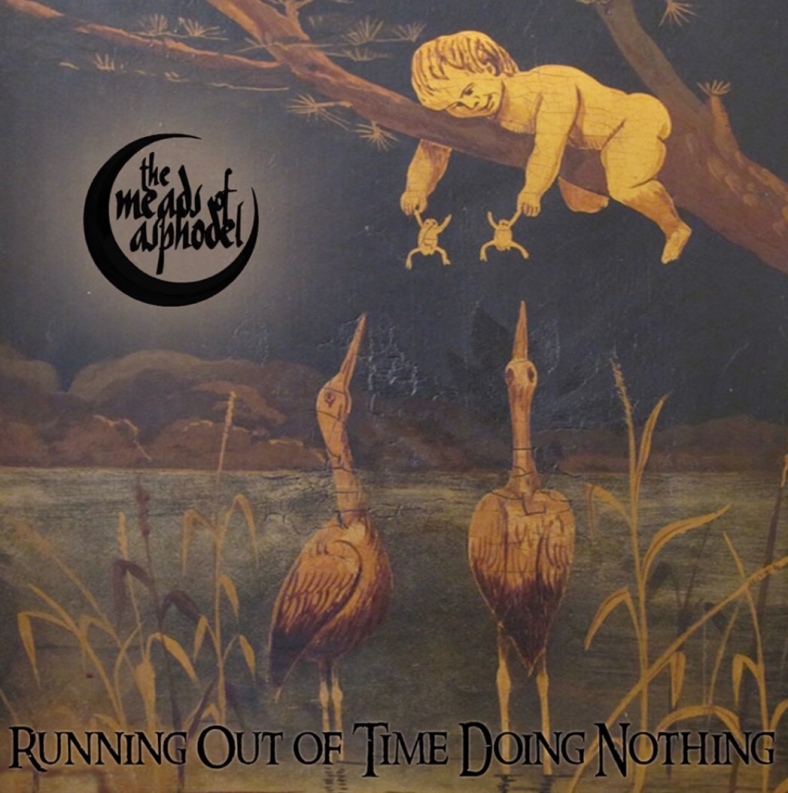 Since their inception back in 1998 The Meads Of Asphodel have danced, like a drunken, trickster god, through the fields of human ignorance. With no consideration, no concerns and no fucks given they have prodded and provoked the stupid, with the sharp stick of their independent thinking. They have walked hand in hand with the truth across the broken glass of controversy and stood tall for the right to live free from the dogmas of faith and the oppression of unquestioned authority. Their music has remained as unfettered as their thinking and they now return with another barbed attack upon the idiocy of humanity, another goblet of soul-cheering elixir for those free from chains…

Running Out Of Time Doing Nothing is an album of wild diversity that somehow hangs together in a perfectly seamless whole; an unbroken flow of shining creativity. Opening with the jagged shapes of ‘Bug Splat’ the album whisks us through folk, punk, dance, ambient, metal…so many genres that they all become one; one multifaceted, liberated explosion of music. From the gently swinging piano entwined in menace of ‘Like Blood Shaped Flakes Of Snow’ to the stirring melodies of ‘The Broken Wings Of Hud Hud’ and harsh, encrusted extremity of ‘Souvenir Of Death’, Running Out Of Time… is free above all else. After the painstakingly researched and conceptually focussed previous albums, The Murder Of Jesus The Jew and Sonderkommando, The Meads decided, in their own words, to “unshackle the muse, so to speak, and let what will be…be.”

With an array of guests, including Alan Davey (Hawkwind, Gunslinger), adding their unique talents to its incomparable blend of magics, Running Out Of Time… is an album of passion, drama, dark humour and uncompromising views. It spits venom at the bloated bodies of religion, conformity and control, revels in teasing and taunting the blinkered and foolish and sings long and loud with the free of spirit. This is The Meads Of Asphodel as they have always been – and yet as they have never been before.