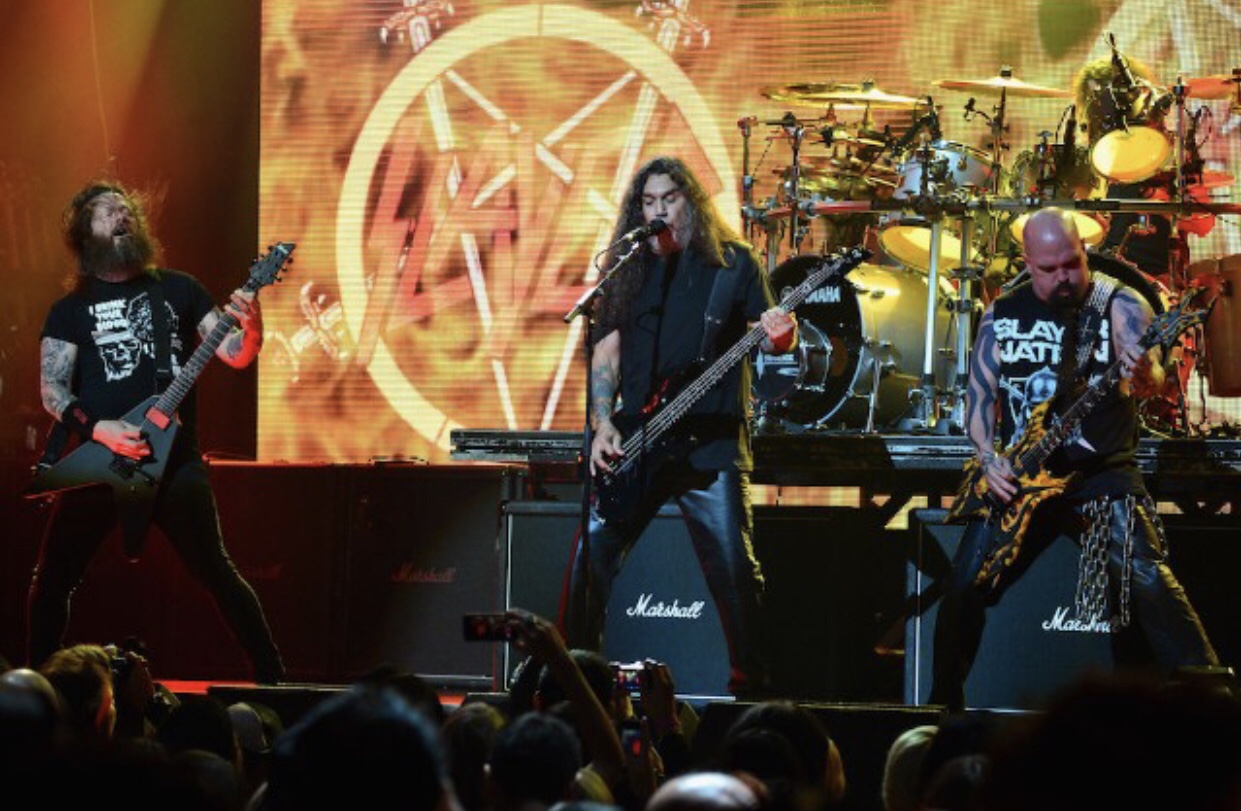 Written By Braddon S. Williams AKA “The Concert Critic”

On this date in history, 5/16/2019, I witnessed the end of an era. Specifically the Slayer era. I will say arguably (for the sake of argument), because in this contentious time we live in everything is up for debate, but for me personally, Slayer are the greatest Thrash Metal band to ever walk the Earth.

I was lucky to get the chance to see them twice on this final world tour they are currently staging; last year in Ohio and this time in Noblesville, IN at Deer Creek (yeah, I’m not going to use the new stupid name!).

Foul weather threatened to spoil our good time. Indeed, we were denied a performance by the mighty Cannibal Corpse due to the delayed start time.

Amon Amarth and Lamb Of God delivered suitably crushing warmup sets, but this night was all about Slayer for me, and the titans delivered the goods just as they had every other time I was privileged to witness their ferocious live attack.

Over the course of my 8 times seeing Slayer I have seen nearly every lineup they have put on a stage (never saw them with Jon Dette on drums or when Phil Demmel subbed for Gary Holt for a few shows recently), and in my opinion as long as Tom Araya was singing and Kerry King was playing those crushing Slayer riffs, it was always pure Slayer. Of course Jeff Hanneman will be forever missed and idolized, but Mr. Gary Holt has done a miraculous job of not only replicating Hanneman’s playing style, but also shining his own immense talent and charisma into the band.

Likewise, Dave Lombardo’s drumming was undoubtedly the best the genre ever produced, but Paul Bostaph is a beast in his own right, and has kept the pummeling brutality of Slayer spot on throughout his tenure with the band. On this final go around, all the expected songs were delivered in larger than life technicolor, flame enhanced glory.

The lights and sound were perfection, and South Of Heaven, Chemical Warfare, Angel Of Death, Seasons In The Abyss, War Ensemble, Disciple, Dead Skin Mask, and Raining Blood (among many others) were magical metal moments.

At the end, Tom Araya walked the stage, soaking in the adoration of his people, clearly savoring the 5 minute roaring ovation. Finally he walked to the microphone at center stage, proclaimed that there would be no speech, then simply told us he will miss us…

I think I can speak for a lot of us…we’re certainly going to miss him…and Slayer.