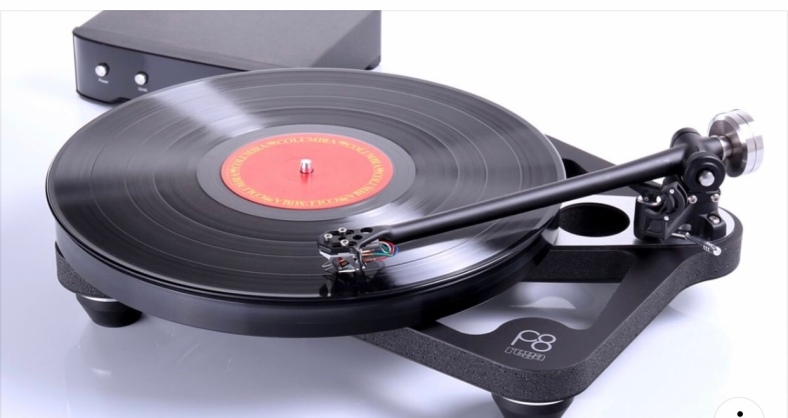 How does the information on a disc become sweet music?

Have you ever had a close look at a record and wondered how that tiny groove can result in the sound you hear through your speakers? If so, you’ve come to the right place.

While the basic idea is around 140 years old, thanks to Edison’s phonograph the record as we now know it is more like half that age. Columbia Records launched the first 12in LP in 1948, with the first public demonstration taking place on June 20th at the Waldorf-Astoria Hotel, New York. The rest, as they say, is history.

It seems impossible to kill off the vinyl format. It’s a wonderful piece of engineering which, even today, seems just a little too unlikely to actually work. But work it does – and, with the right equipment, to a fabulous level.

That record groove – and there is just one that spirals gently to the centre of the disc – is tiny, usually around 0.04-0.08mm wide (depending on the level of the signal). If you were to unravel it the groove would extend to a length of about 500 metres.

The two sides of the groove sit at right-angles to each other with the point of that angle facing down. Each side of the groove carries what can only be described as wiggles that represent the right- and left-channel audio information.

The side closest to the outside edge of the record carries the right-channel signal. This information can be stored in an area as small as a micron (one-thousandth of a millimetre), so the scale of the task to retrieve it is immense.

This also explains the sensitivity of record players to external vibrations and other disturbances.

The tip is made of a very hard substance, normally diamond. But don’t get too excited – it’s industrial diamond rather than the really valuable stuff. That means it lacks the purity of the gems you might find in jewellery.

This diamond tip is usually shaped into a small point – though there are a variety of shapes the tip can take – that sits in the record groove and follows the wiggles as the record turns.

The nature and degree of the stylus’ movement is what translates into the varying frequencies and volume that you hear through the speakers. This movement is carried through the cantilever – the shaft the stylus tip is attached to – and into the cartridge body.

There are two types of cartridge: moving magnet and moving coil. They both work on the principle of using movement to induce current thanks to magnetic fields.

But, as the names imply, in one the magnet moves to induce current while in the other the coil does so and the magnet is fixed. So, assuming we’re talking about a moving magnet cartridge, in the case of our example a tiny magnet is attached to the hidden end of the cantilever, and as the stylus tip moves around it does too. 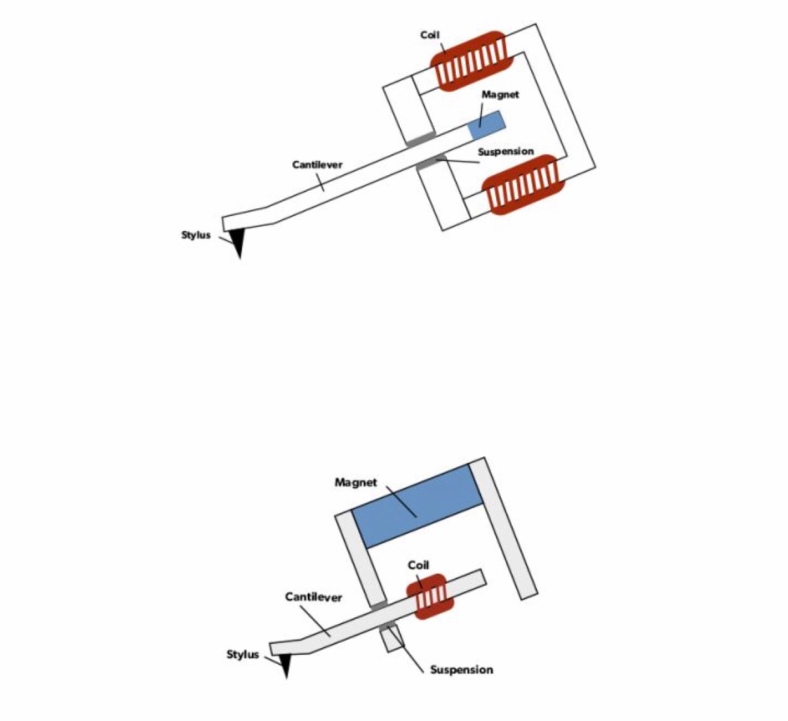 The magnet’s varying field causes current to flow in the tiny coils positioned close by, and this is the signal that comes out the back of the cartridge to be fed into your amplifier. Or, if your amplifier is a line-level device, as many are, a dedicated phono stage.

What exactly does a phono stage do? The physical limitations of vinyl mean that the original signal has to be altered before it can be recorded – low frequencies are reduced in level and the highs are boosted.

The curve that governs this equalisation was set by the RIAA (Record Industry Association of America) years ago. If you’ve ever plugged a turntable directly into a line-level input you know you get a very quiet sound – and also one that is thin and bright, with no bass to speak of.

Every phono stage has the reverse response built into it – one that boosts bass and flattens treble to exactly the right degree. The result should be a tonally even presentation.

A phono stage is also an amplifier. Cartridge signals can be as low as a thousandth of a volt (CD’s output is specified at 2V) so the signal has to be amplified massively before the line-level stage of an amplifier can take over.

So rather than the witchcraft we always sort-of suspected it must be, getting a sound from a vinyl disc turns out to be nothing more than fiendishly clever. It’s worth bearing in mind the ingenuity at play when you next carefully place the tip of your stylus into the groove of a LP – but don’t dwell on it for all that long. After all, there’s music to be listened to.