Written By Braddon S. Williams aka “The Concert Critic” 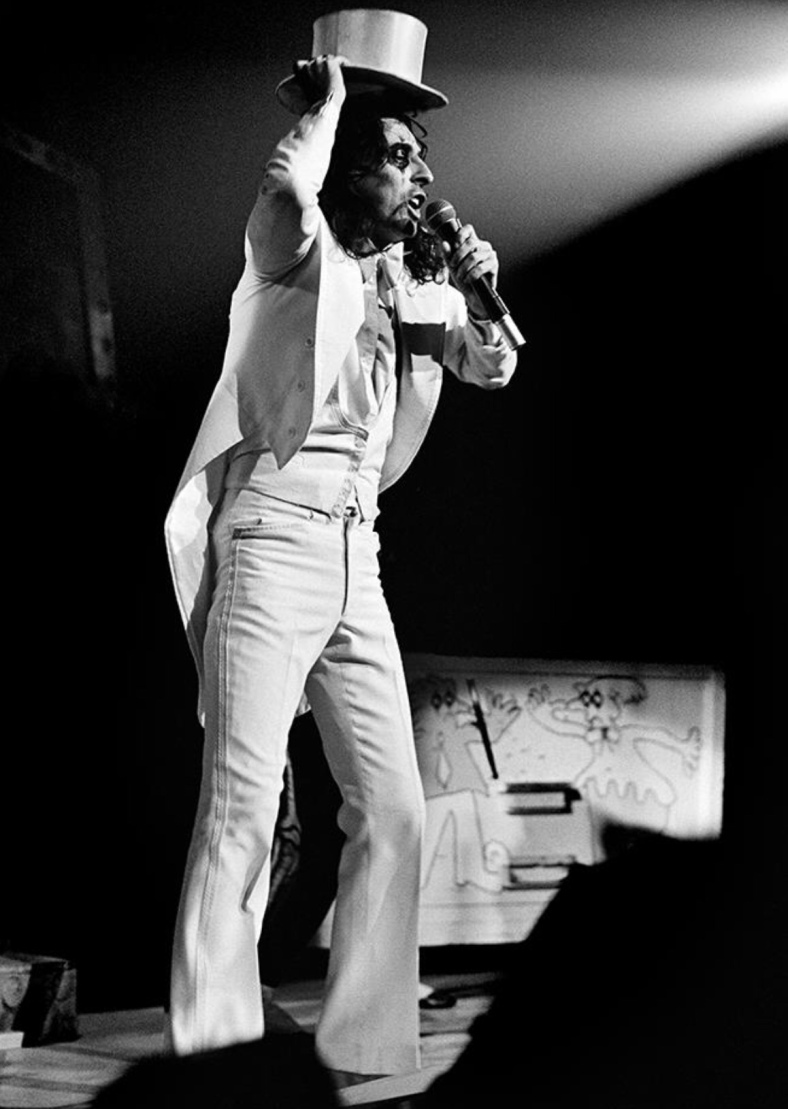 On this date in history, 7/11/2019, I saw Alice Cooper for the 10th time. The show took place at the prestigious Honeywell Center in Wabash, IN.

It is challenging to do these reviews after seeing some of my favorite artists so many times. Aerosmith, Ozzy Osbourne, and Slayer are all similar situations. On the one hand, I keep going back because these artists are ingrained in my musical consciousness and I have absolute passion for everything they do and all they stand for. A simpler reason is that they continue to play incredible shows.

Alice Cooper hit the stage with a brand new set (a haunted castle…quite amazing to behold) and dug deep into his treasure chest of songs and pulled out some gems I had never heard him perform before. The song My Stars from 1972’s School’s Out album was terrific, as was the title track from 1973’s Muscle Of Love. Not only did these songs bring some new energy to the show, they provided some exciting riffs for Alice’s all-star band to add their magical touches to.

Another deep cut that got a particularly hard rocking makeover was Roses On White Lace from 1987’s Raise Your Fist And Yell, providing a fast metallic riff for the shredding of Nita Strauss, one third of Alice’s assassination squad of lead guitar aces. Each of these three got plenty of space to shine, and each have their own distinctive style that suits different facets of Cooper’s career.

During one early song, Cooper displayed some tasty blues harmonica, accompanied by Wabash native Tommy Henriksen, who played some back and forth lead guitar with the bosses harp licks.

Ryan Roxie, the longest tenured of the trio, played lots of melodic and soaring lead lines from some of the most classic songs.

Once again, drummer Glen Sobel delivered an absolutely jaw dropping drum solo on the capacity crowd, accompanied by bass playing muscle man, Chuck Garric (who has been a mainstay since 2002).

As admittedly superb as the musicians are (and they are the top of the line, each and every one), no Cooper show is based solely on music, and this was no exception. The theatrics were all in place, from the giant Frankenstein monster who made a brief appearance during the opening Feed My Frankenstein, and a full rampage later on Teenage Frankenstein, to a truly spectacular larger than life evil baby (looking a bit like the Stay Puffed Marshmallow Man with Alice Cooper makeup!). This baby took place in the onstage “execution” of Alice by guillotine. Although the guillotine had a malfunction, the old gag still provides a great bit of suspense and entertainment. Alice did his straitjacket appearance while singing Steven from the magnificent Welcome To My Nightmare album (1975), and segued into Dead Babies from Killer (1971).

Cooper’s wife Sheryl played the part of the evil nurse with sadistic glee. So, this was the 10th time for me, but I’m not done yet! Going back for more in November, when Alice brings the show back to the Murat Theatre at The Old National Centre…to be continued!