For fans of Halestorm, The Agonist, Jinjer, Evanescence, Killswitch Engage

Edmonton, AB’s JULIET RUIN will be unleashing their first full-length album “Old Stardust, Love and Chaos” on September 6, 2019 to follow their 2017 debut self titled EP. The release promises to be more technical with heavy instrumentation, including some dabbling in low tuned 7 string guitars to create an original sound chock full of catchy hooks that convey a fresh and emotive feel to their heavy music. Lead vocalist Jess Ruin has added more screams, but also more clean techniques with her pop-esque power vocals. Fans of forward-thinking modern metal such as Evanescence, System of a Down, and Killswitch Engage should take special note of this powerful and emotive Canadian band.

Before “Old Stardust, Love and Chaos” is officially out, the band have teamed up with MetalInsider.net for the album’s exclusive full stream HERE.

“’Old Stardust, Love, and Chaos’ stays true to a lot of our root qualities in terms of catchy hooks and overall groove, but fans can expect a lot of new and even somewhat experimental things on the album as well. Lyrically speaking this album delves into a little bit deeper subject matter than the EP, focusing a lot of personal introspection and mental health, as well as general societal concerns from differing degrees of headspace; from optimism to apathy.”

Digital stream and download will be available on Spotify, Bandcamp, Apple Music, Amazon. 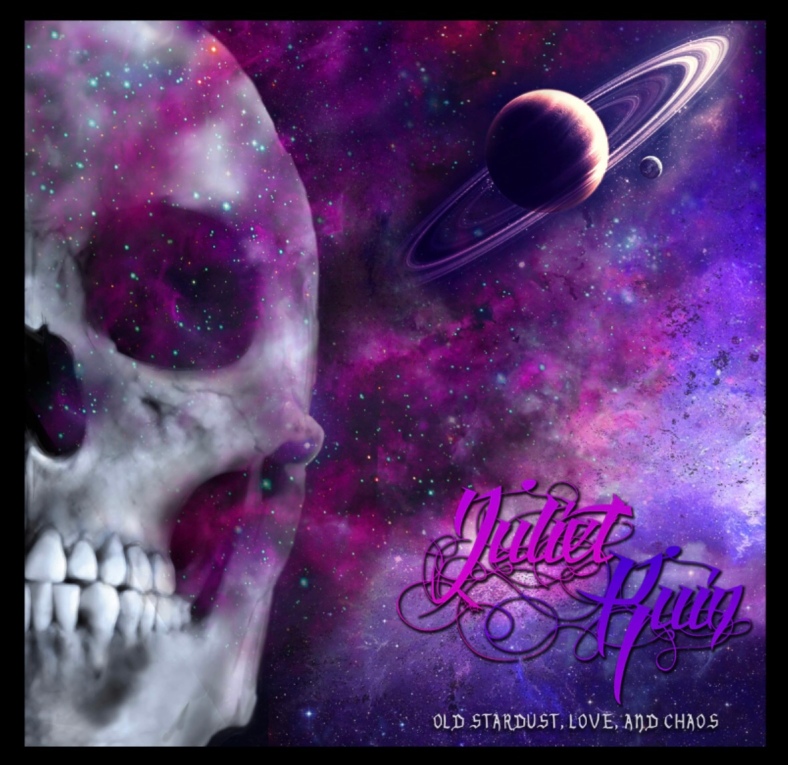 “Juliet Ruin’s sound is comparable to a muddier version of Alexisonfire, with Fleming guiding the songs with her powerful voice while being backed up by Geislinger’s harsh screams and growls…. Juliet Ruin has been gaining more recognition after every concert with its single “Rogue Down” receiving a nomination at the Edmonton Music Awards.” – Vue Weekly (2017)

“Search no further than the Juliet Ruin playbook, it’ll teach you a thing or two. Their hard work and dedication are clearly paying off, and I predict that it won’t be too long until they become a commercial success. Yes, I’m willing to wager on it.” – Ravenkin Photography (2018)