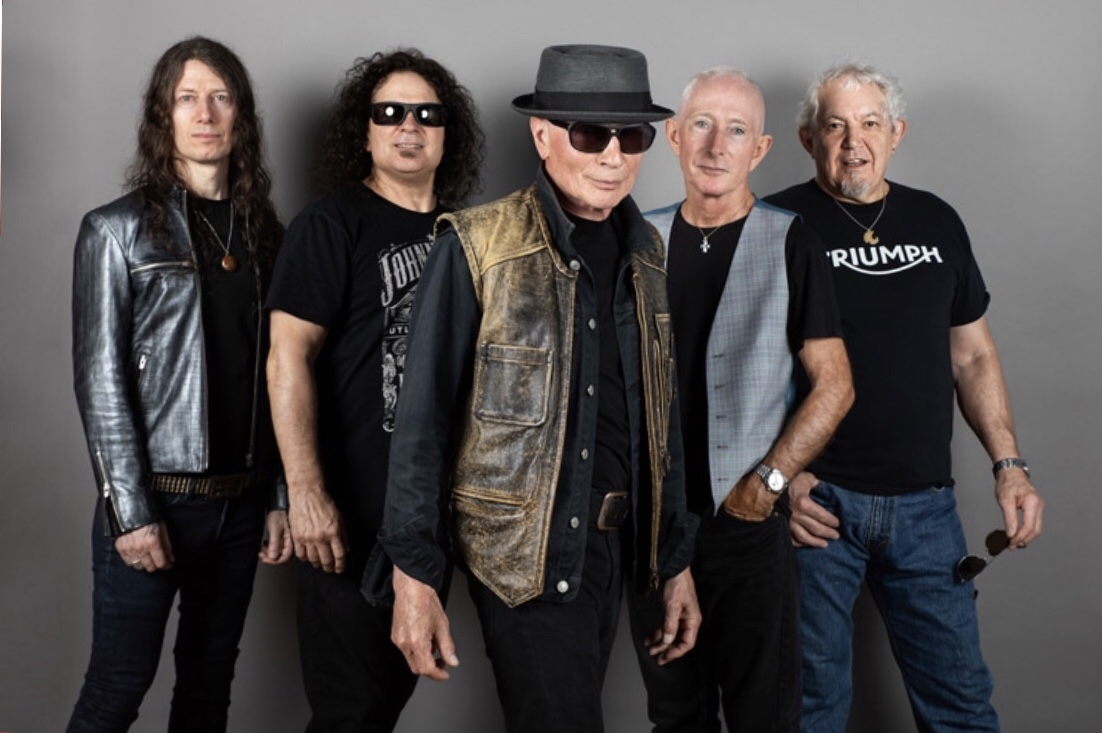 Written By Braddon S. Williams aka “The Concert Critic”

On this date in history, 10/24/2019, I finally got to see UFO again! It had been 41 years since I saw the venerable English hard rock stalwarts open for Rush back in 1978, at the old Market Square Arena in downtown Indianapolis.

This time around, they played a fantastic show at the Honeywell Center in Wabash, IN. Opening the show was Last In Line, featuring songs from the late Ronnie James Dio, as well as originals from the band’s 2 albums.

Last In Line is comprised of Vinnie Appice on drums, Phil Soussan on bass, Vivian Campbell on guitar, and Andrew Freeman on vocals.

I was impressed with the songs that they composed together, and blown away by the Dio songs, particularly Holy Diver, We Rock, Rainbow In The Dark, and the song the band got their name from, The Last In Line. One minor criticism; I felt that Freeman spent too much time getting the audience to sing the songs, especially considering the fact that the guy has a really strong voice that does ample justice to the legacy of the great Ronnie James Dio.

All three of the musicians delivered outstanding contributions; Campbell’s lead guitar work was blazing, Appice’s drum sound was huge and his playing was right in the pocket, and Soussan sang some nice backing vocals in addition to his solid bass guitar style. All in all, I was thrilled to have such a great opening band for UFO’s final tour.

As I mentioned before, it has been a long time since my 16 year old self saw UFO from the 10th row at what was only my 9th concert ever, and I was curious to see if they still had that magic I remembered so fondly. It took mere seconds to confirm that they did indeed retain that signature sound that made me an instant fan upon release of their magnificent live album, Strangers In The Night. Over the course of their set on this most satisfying night of music, UFO served up song after song of powerful riffs, tantalizing melodic hooks, singalong choruses that get stuck in the listener’s head for days, absolutely glorious guitar solos, and the charming presence and still fantastic voice (at 71 years old) of Mr. Phil Mogg, who has fronted the band since its formation in 1968. Pretty much all of my favorite songs were on display…Too Hot To Handle, Cherry, Hot ‘n Ready, Mother Mary, Only You Can Rock Me, and Rock Bottom (complete with Vinnie Moore’s display of guitar wizardry). UFO returned for an encore of Doctor, Doctor and Shoot Shoot and wished us a Happy Halloween and Merry Christmas, never making a big deal of this being their final tour, but for me and many others it is definitely a major event.

As I told my friend on the way out, “They just don’t make bands like that anymore!” Thanks for the music UFO…you were great when I was 16, and you’re still amazing to me at 57. Respect!