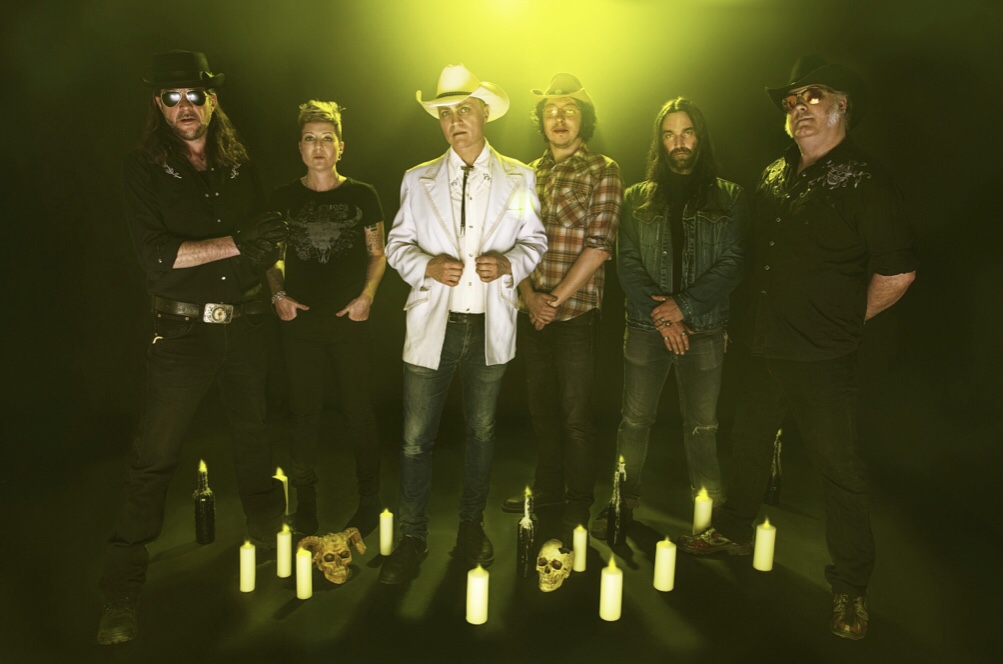 Legendary rock armada WHITE COWBELL OKLAHOMA have been established since 1999 and on their 20th anniversary, the band is saddling up for tour dates in Ontario and Quebec in the coming months, especially for their highly acclaimed, cult-followed X-mess experience at Lee’s Palace in Toronto, now going on its 16th consecutive year!

Video of previous X-Mess’ can be viewed here.

WCO‘s “20th XX-Travaganza Anniversary Tour” will kick off with their annual X-mess show in Toronto on December 13th, followed by dates during the months of January and February in southern Ontario and Quebec. (dates listed below).

“White Cowbell Oklahoma are pleased as acid-spiked punch to go into 2020 at the virile, jubilant, uncompromising age of 20! It’s time to up the ante, batten down the hatches and do some really weird shit! New music releases cometh! Unprecedented new shows, tours, productions, and territorial conquests cometh! WCO have embarked on a quest for the lost chord — but we already know it will lead either to Holdsworthian madness, but probably just to Tony Iommi‘s house! Next stop, Silver F*cking Jubilee!”

Recommended for fans of Deep Purple, ZZ Top, and Frank Zappa, WHITE COWBELL OKLAHOMA have made their mark appearing at festivals like SXSW, and NXNE plus tours like Rockstar Uproar. The band also regularly performs throughout the European festival circuit, their most recent this past July in Holland and Germany.

Their latest European tour was in support of their studio album “Seven Seas of Sleaze” released on the band’s own label Slick Monkey. The album is packed with trippy groove and enough whiskey-fueled southern rock n’ roll to have you riding WHITE COWBELL OKLAHOMA.

“Magnetic, untamed, infamous and regaled for their strange and sensational stage shows, White Cowbell Oklahoma is the country-fried boogie rock sandwich you didn’t know you were craving.” – Beatroute AB

“given live performances that seem to feature more people onstage than in the audience, chainsaws, strippers, decimated stuffed things (turkeys, play toys and so on), they do aspire to have their music appreciated to the same extent that their image is co-opted, gawked at and gossiped about.” Exclaim!”

“White Cowbell Oklahoma add a touch of psych to their trashy hard rock formula…hellraising Southern-rock-tinged rock ‘n’ roll.” – Now Toronto
There’s no warm-up for White Cowbell Oklahoma’s sixth full-length release, recorded at Zeus’s Toronto studio and also in concert in Amsterdam. As in their live shows, where flames and power tools feature prominently, the underrated Toronto old-school rockers throw us into the fire immediately, and that fire doesn’t die until long after the final chords – from not one, not two, but three guitars – ring out.” – Now Toronto (2015 Mixto Sixto Review)

“a fist-pumping, anthemnic set of songs thick on low-end, pelvic thrust and grit. Easily their most confident effort to date, it displays a new Bell that is streamlined and primed for attack. ” – Exclaim! (2009 Bombardero Review)