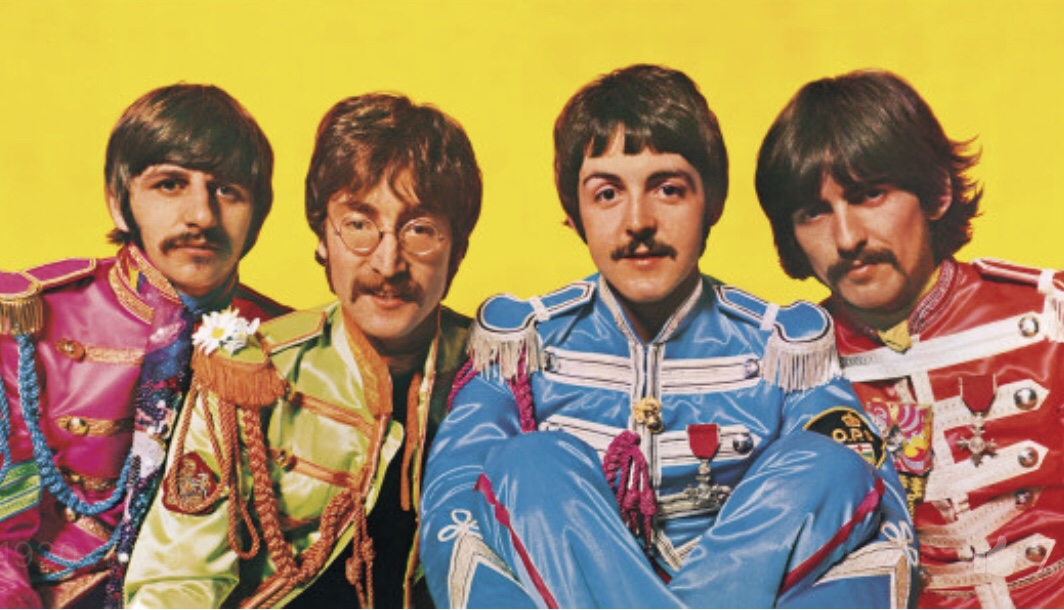 Welcome to our “Psychedelic Lunch” series, “The Beatles Edition” where we find out how deep the rabbit hole really goes and explore psychedelic tunes from the 60’s and 70’s. Weekdays At Noon EST. Enjoy the trip!

The Beatles I Am The Walrus

John Lennon wrote this song. As stated in the DVD Composing the Beatles Songbook, John was throwing together nonsense lyrics to mess with the heads of scholars trying to dissect The Beatles songs. They also mention that it’s John’s answer to Bob Dylan’s “getting away with murder” style of songwriting. Lennon told Playboy years later that “I can write that crap too,” which is rarely mentioned in relation to this song.

Lennon explained the origins of this song in his 1980 Playboy interview: “The first line was written on one acid trip one weekend. The second line was written on the next acid trip the next weekend, and it was filled in after I met Yoko. Part of it was putting down Hare Krishna. All these people were going on about Hare Krishna, Allen Ginsberg in particular. The reference to ‘Element’ry penguin’ is the elementary, naive attitude of going around chanting, ‘Hare Krishna,’ or putting all your faith in any one idol. I was writing obscurely, a la Dylan, in those days.”

Lennon got the idea for the oblique lyrics when he received a letter from a student who explained that his English teacher was having the class analyze Beatles songs. Lennon answered the letter; his reply was sold as memorabilia at a 1992 auction. >>

The voices at the end of the song came from a BBC broadcast of the Shakespeare play King Lear, which John Lennon heard when he turned on the radio while they were working on the song. He decided to mix bits of the broadcast into the song, resulting in some radio static and disjointed bits of dialogue.

The section of King Lear used came from Act Four, Scene 6, with Oswald saying: “Slave, thou hast slain me. Villain, take my purse,” which comes in at the 3:52 mark. After Oswald dies, we hear this dialogue:

Edgar: “I know thee well: a serviceable villain, As duteous to the vices of thy mistress As badness would desire.”

Gloucester: “What, is he dead?”

Edgar: “Sit you down, father. Rest you.”

The idea for the Walrus came from the poem The Walrus and The Carpenter, which is from the sequel to Alice in Wonderland called Through the Looking-Glass. In his 1980 Playboy interview, Lennon said: “It never dawned on me that Lewis Carroll was commenting on the capitalist and social system. I never went into that bit about what he really meant, like people are doing with the Beatles’ work. Later, I went back and looked at it and realized that the walrus was the bad guy in the story and the carpenter was the good guy. I thought, Oh, s–t, I picked the wrong guy. I should have said, ‘I am the carpenter.’ But that wouldn’t have been the same, would it?”When Lennon decided to write confusing lyrics, he asked his friend Pete Shotton for a nursery rhyme they used to sing. Shotton gave them this rhyme, which Lennon incorporated into the song:

Yellow matter custard, green slop pie
All mixed together with a dead dog’s eye
Slap it on a butty, ten foot thick
Then wash it all down with a cup of cold sick

This song helped fuel the rumor that Paul McCartney was dead. It’s quite a stretch, but theorists found these clues in the lyrics, none of which are substantiated:

“Goo goo ga joob” were the final words that Humpty Dumpty said before he fell off the wall and died.

During the fade, while the choir sings, a voice says “Bury Me” which is what Paul might have said after he died.

During the fade, we hear someone reciting the death scene from Shakespeare’s play “King Lear.”

In addition, a rumor circulated that Walrus was Greek for “corpse” (it isn’t) in Greek, so that is what people thought of Paul being the Walrus. Also, in the video, the walrus was the only dark costume.