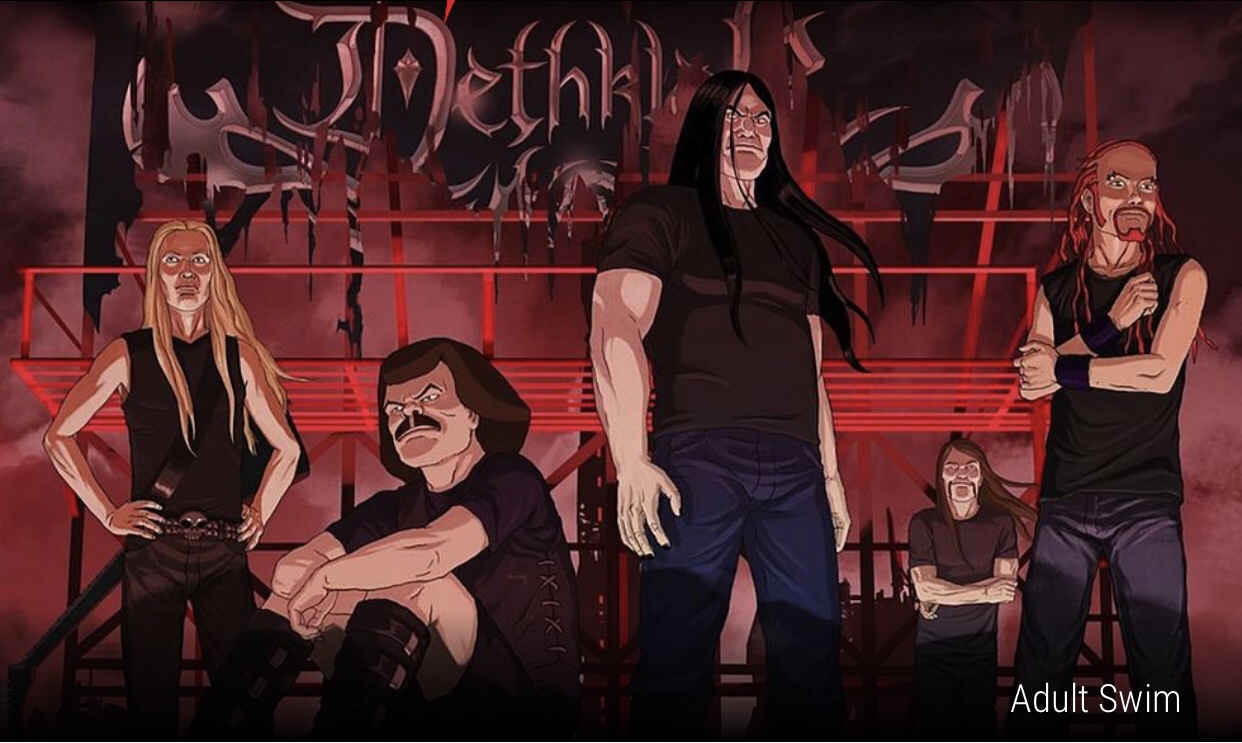 Adult Swim has made every episode of Metalocalypse available to stream for free! All four seasons, plus the Klok Opera movie, can now be viewed ad nauseam on the official Adult Swim website.

Creator Brendon Small achieved gigantic success with the fictional death metal band Dethklok, with all three Dethalbum records outselling the last. Since the final special’s airing in 2013, fans have clamored for the return of Metalocalypse, but unfortunately, Adult Swim wasn’t interested in giving the series a final bow.

“There was no debate, there wasn’t even a returned phone call. It was a hard ‘no.’ It was about as hard of a ‘no’ as you could possibly get … It’s basically like a crappy relationship at the end where we should probably break up, but they kept on dangling the idea of doing this thing in front of me and then dangling other TV show ideas and stuff like that.”.

“What I think really happened was [‘Metalocalypse Now’ campaigners] drove Adult Swim insane. I think Adult Swim, for some reason, took it very personally. The truth was that people were saying, ‘Hey, what the hell? Where’s our show? We’re here for this show, can you give it to us? We’re gonna watch it like crazy,’ and [Adult Swim] said no. I think somebody’s thin-skinned and somebody got their feelings hurt.”