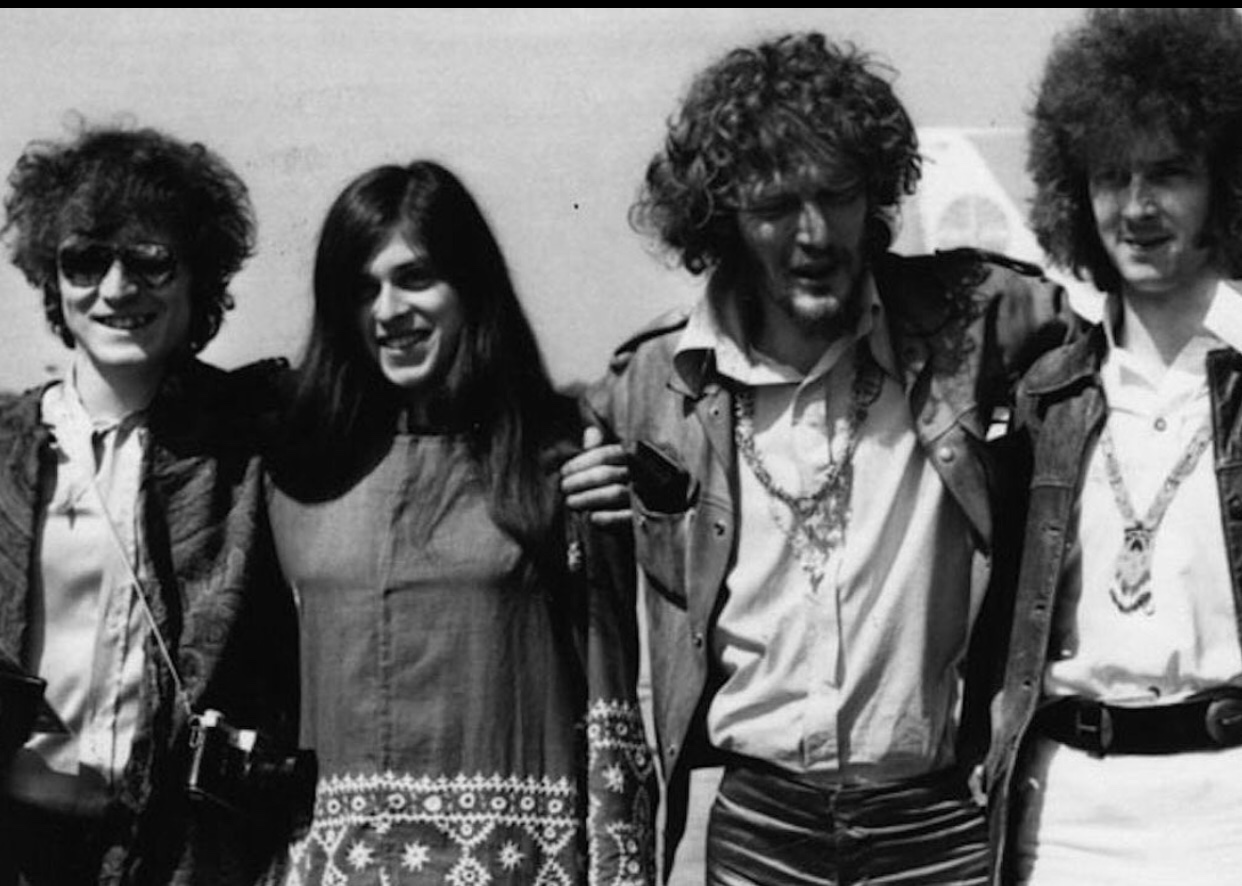 Welcome to our “Psychedelic Lunch” series where we find out how deep the rabbit hole really goes and explore music from the 60’s to today. Weekdays At Noon EST. Enjoy the trip!

This song was inspired by trips Eric Clapton took to the Greek Islands. Ulysses, also known as Odysseus, is a character of Greek Mythology. A hero of the Trojan War, he was the subject of the novel The Odyssey, and the basis for the movie O Brother, Where Art Thou?

Cream switched to a more psychedelic sound for their second album Disraeli Gears, which was helmed by producer Felix Pappalardi, who pushed them in this direction. Their first album, Fresh Cream, was produced by Robert Stigwood and was filled with Blues material.

“Tales Of Brave Ulysses” is one of the trippiest songs on the album, thanks in part to the wah-wah pedal Eric Clapton used on his guitar. According to Pappalardi, their first attempts to record the song fell flat. Taking a break, he and Clapton went to Manny’s Music store, where they found some wah-wah pedals – Clapton only agreed to use them because he heard Jimi Hendrix was experimenting with one (he was – Hendrix used one on his song “The Burning Of The Midnight Lamp”). This guitar effect became a distinguishing feature of the song.

Like most early Cream songs, this one has lead vocals by their bass player Jack Bruce.

Clapton was in his phase where he was experimenting with distortion devices on his guitar. He used a fuzz-box and wah-wah pedal on this, as well as some echo. This was Eric Clapton’s first use of the wah-wah pedal. He used it again for background effects and an extended solo on “White Room.”

Most of Disraeli Gears was recorded in just three days during the second week of May 1967 at Atlantic Studios in New York (the band had to return to England because their work visas were expiring). The album didn’t come out until November, but “Tales Of Brave Ulysses” was used as the B-side of “Strange Brew,” which was issued in June. “Ulysses” fit the soundtrack to the Summer of Love and became one of Cream’s best-known songs. It got lots of airplay on Album Oriented Rock (AOL) radio stations, as well as on some of the more adventurous Classic Rock stations.