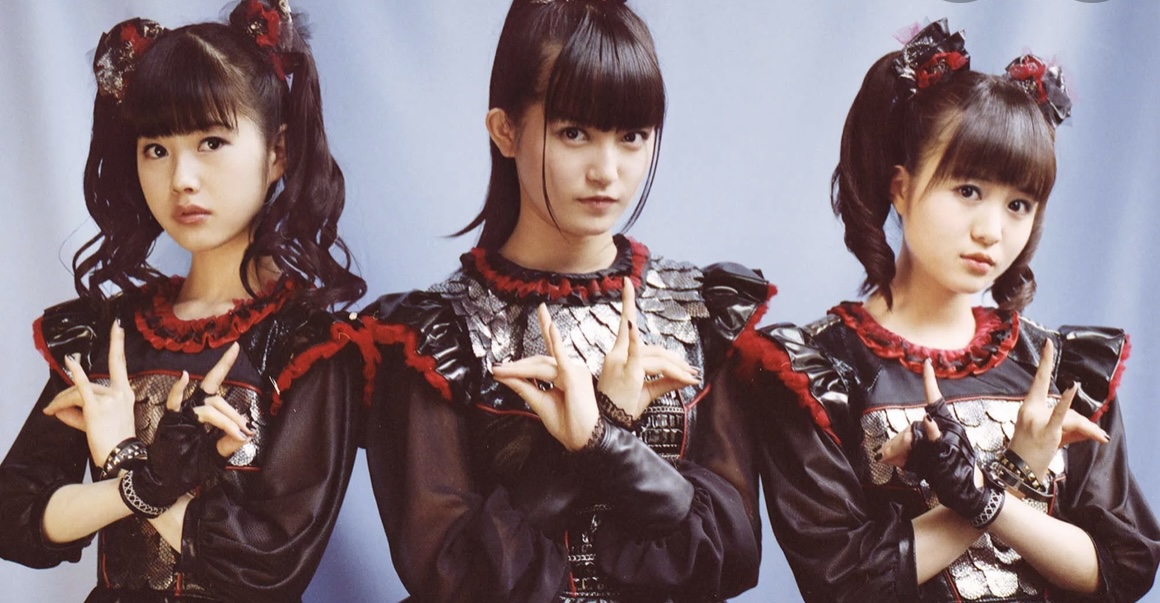 Welcome to our “Psychedelic Lunch”series, “Women in History Week,” where we find out how deep the rabbit hole really goes and explore music and musicians from the 60’s to today. Enjoy the trip!

A Japanese kawaii metal band, Babymetal is composed of Suzuka Nakamoto (aka Su-metal) and Moa Kikuchi (aka Moametal). The duo told the Chicago Tribune that they’re aiming, through their unique sound, to “create a one and only new music genre that exceeds the limits of pop and metal music.” If you’ve ever heard one of their songs—like “Gimme Chocolate!” or “Pa Pa Ya!”—you’d likely agree that they’ve succeeded. Their high-pitched, lighthearted vocals, which are layered over intense, hardcore instrumentation, are unlike anything else being produced right now.

As others have said, all that BabyMetal (as in all of the people who contributed to this project) did was combine a number of elements that had not been successfully combined before. The success of the band showed others that it is possible for metal to exist without “dark” lyrics. Other bands have come before that didn’t have “darkness” in most or all their lyrics, but there was always some amount of it present in some songs. In contrast, BabyMetal lyrics tend to be cheerful and happy. They took a genre that some see as scary and made it cute. It was an absolutely ridiculous concept and this band made it work. Perhaps there will be even more “cute metal” that comes out, but most of what I have seen has been derivative. If they have an influence on music, I think it as the face of a trend, with imitators that can’t figure out how to be anything more than “also-rans”. I don’t see them as changing heavy metal so much as expanding what can be done with it but their imitators don’t build a foundation on actual musical talent and fall flat.

For a genre that prides itself on being made by and for outsiders, metalheads are an extremely conservative bunch that are incredibly averse to change. Babymetal are completely different than anything you’ve ever seen — and you can be forgiven if you were completely bewildered the first time you heard their music or saw one of their videos — and we salute them for stepping outside the tiny, constraining box in which heavy metal is supposed to exist. Let’s face it: metal has become very predictable. It’s easy to spot new trends and uprisings in metal from a million miles away and they move at a snail’s pace before burning up and fading out. Babymetal are completely out of left field, and they’re a breath of fresh air.

One thought on “Psychedelic Lunch”