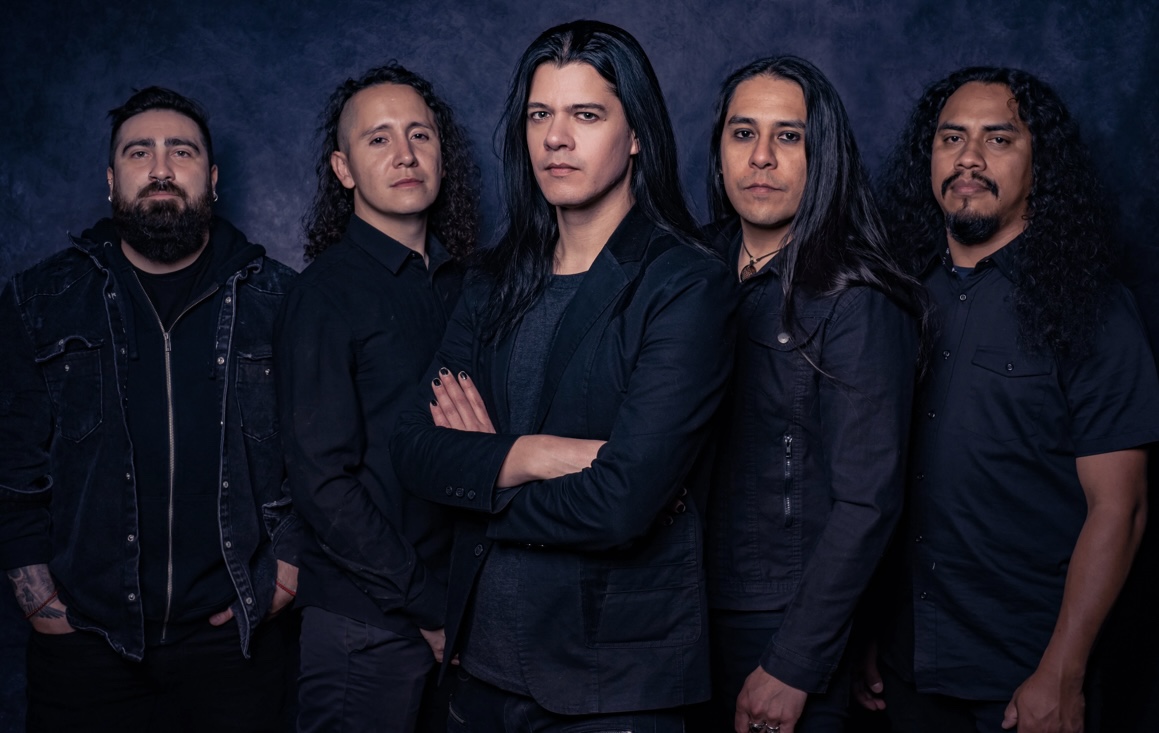 Los Angeles symphonic prog metallers ANTHEA announces their return in 2022 with their sophomore album “Tales Untold” to be released once again via Rockshots Records this coming August to follow their 2020 debut “Illusion”.

For the new album, Anthea has taken the reigns for a more DIY approach with vocalist Diego Valadez taking over also as the full-length’s producer along with bassist Eric “EJ” Guerrero in charge of music videos and photography.

“We released our debut album in 2020, but were, unfortunately, like everyone else, unable to tour or play live gigs. However, this gave us a lot of extra time to really craft this follow-up album into something special. Tales Untold was written and recorded throughout 2021 and I am so proud of the end result.” adds Valadez.

Fans of Anthea‘s first album “Illusion” will enjoy this one even more. The difference with this next record is that Anthea has a more mature sound and has carefully thought out the ebb and flow throughout it. Their end goal is to give a very dynamic and cinematic album in which the listener feels as though they’ve gone through a grand musical journey once they’ve reached the end.

“We also wanted to create a sense of escapism while keeping one fit in the real world lyrically.”

Today in preview of the album, the band is sharing with fans a new music video for its title track. The opening song is about how art inspires new generations of art forms whether it be novels, music, movies, poetry, etc.

Watch and listen to “Tales Untold” at https://youtu.be/eWqBgT0CgFw​

Anthea is a melodic, symphonic metal band from Los Angeles, CA. With influences from bands like Nightwish, Kamelot, and Wintersun, as well as scores from composers such as Hans Zimmer, John Williams, and Danny Elfman, the band create a unique theatrical sound blending progressive, power, and thrash metal elements, with a grand, cinematic edge.

About: Anthea is a melodic, symphonic metal band from Los Angeles, CA. With influences from bands like Nightwish, Kamelot, and Wintersun, as well as scores from composers such as Hans Zimmer, John Williams, and Danny Elfman, the band create a unique theatrical sound blending progressive, power, and thrash metal elements, with a grand, cinematic edge.

In late 2019, Anthea announced that they would be entering the studio to re-record their singles as well as some new material for an official EP that would be titled “Illusion.” It wasn’t long before the group was contacted by Rockshots Records. The label suggested that instead of releasing an EP, the band should consider recording a full-length debut album. If they did so, Rockshots would release the record under their label. Anthea agreed and began working on more material.

Illusion, the debut album from Anthea was released on October 23rd, 2020 under Rockshots Records. The album has received many positive reviews from several magazines, blogs, and podcasts. The three singles “Moirai”, “Illusion”, and “Reach”, have all gone on to receive international play on various rock and metal radio stations.

The band returns in 2022 with their second album “Tales Untold” due out in August 2022.

“A sort of dramatic theatrical experience that of this “Illusion”, which ranks among the best releases of the gothic-epic panorama of 2020.” (8/10) Tutto Rock Magazine (Illusion review – 2020)

“The song writing on this album is commendable and of the highest calibre. If you are looking out for a melodic sound with plenty of surprises and a true rollercoaster experience, you’ve hit the jackpot with this one. Go for it!” (9.5/10) – The Metal Resource (Illusion review – 2020)

“The music and the vocals work together in perfect harmony, whether its through gentler moments or full unashamed bombastic power. Lyrically, Anthea offer a truly poetic experience, elevating a listener’s wonder and imagination to optimum level.” (5 STARS) – MMH Radio (Illusion review – 2020)

“A long-term, melodic debut album, with excellent musical combinations, there are different tempos that can be heard as Thrash metal briefly, they have a strong combination that goes from Symphonic Metal to Power Metal and vice versa, at the beginning they start very Power Metal and end very Symphonic Metal, that gives variety to the album!” (90/100) – Darkzen Dragon (Illusion review – 2020)

“I believe that Anthea have managed to convince us of the value of their musical ideas with a strong debut and of course with the composite result they present to us in ‘Illusion’.” – Rockway.gr(Illusion review – 2020)