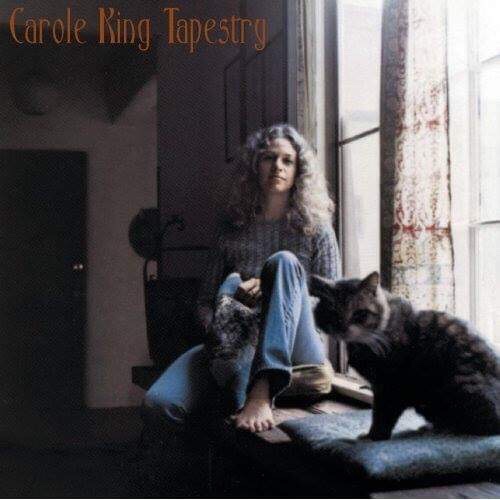 Carole King was already a legendary songwriter at the time she released her career defining album, Tapestry (1971). With Tapestry, she took her success to even greater heights, earning both critical and commercial accolades, including 4 Grammy Awards (including Album Of The Year), 5 weeks at the top of the Billboard Hot 100, over 25 million in sales worldwide, and being ranked number 36 in Rolling Stone’s list of the 500 greatest albums of all time.

Tapestry is a collection of timeless, amazing songs, with wonderful singing by King, along with background vocals by Joni Mitchell and James Taylor, and a world class set of musicians.

Song highlights include So Far Away, I Feel The Earth Move, You’ve Got A Friend, Beautiful, Smackwater Jack, It’s Too Late, Will You Love Me Tomorrow?, Where You Lead, and (You Make Me Feel Like) A Natural Woman.

Tapestry remained on the Billboard charts for 313 weeks, topped only by Dark Side Of The Moon by Pink Floyd. And like all great works of art, Tapestry still sounds amazing now.