Listen to the brand new song You’ll Never Find Me, taken from Korn’s 13th album The Nothing 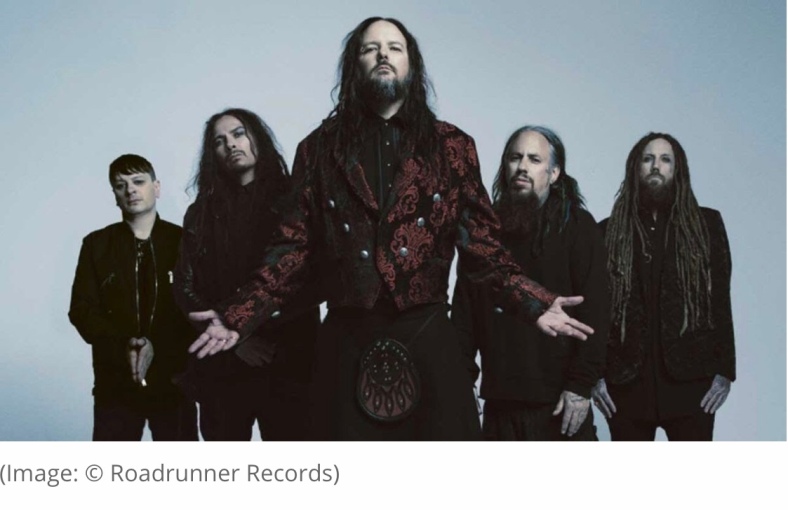 Korn’s new album ” The Nothing” is due out on September 13 via Roadrunner/Elektra. It is the follow up to 2016’s The Serenity Of Suffering and is available to pre-order now.

Singer Jonathan Davis says of the album: “Deep, within our Earth lives an extraordinary force. Very few are aware of the magnitude and significance of this place where good/evil, dark/light, bliss/torment, loss/gain and hope/despair all exist as one – pulling at us every moment of our lives.

“It’s not something we can choose to navigate, but rather an awareness of this ‘presence’ that surrounds us with every breath, as if we are being watched at every moment.

“It’s the place where black and white energies attach themselves to our souls, and shape our emotion, choices, perspective and ultimately our very existence. There is a miraculous and small realm within this vortex and it’s the only place where balance between these dynamic and polarising forces exists – where the soul finds its refuge. Welcome to… The Nothing.”

As well as You’ll Never Find Me, The Nothing also features the tracks Cold, The Darkness Is Revealing and Idiosyncrasy.

Korn – The Nothing full tracklisting 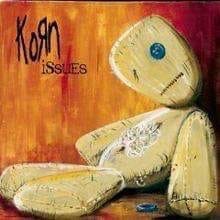 This was the first album that I owned that I could listen to from start to finish. It’s ironic that it falls on the same day as my mother’s birthday.

Or as ironic as “Life Is Peachy” release date falls on my grandmother’s birthday October 15th. Without them, I wouldn’t exist.

Almost as if I was straight up DESTINED to be into Korn.

As far as Metal goes, they are my gateway band after all. How awesome and ironic is that??! Gotta love it. Haha. 🤘😎🤘 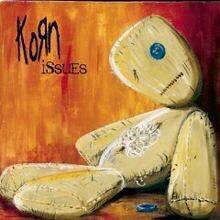 November 16, 1999. Korn released the timeless classic “Issues.” It instantly became my favorite Korn album. This was first album that I owned that I could listen to from start to finish. It’s ironic it falls on the same day as my mother’s birthday. Or as ironic as “Life Is Peachy” falls on my grandmother’s birthday October 15th. Without them, I wouldn’t exist. Almost as if I was destined to be into Korn. As far as Metal goes, they are my gateway band after all. Haha.

Right away, Walls Of Jericho set the bar high, delivering a crushing opening set. Bullets And Octane were more of an old school hard rock band with a little punk spice. I enjoyed their set, too.

Deadsy featured Gregg Allman’s son, but I don’t think the offspring inherited much of the old man’s talent.

Bury Your Dead and 10 Years played good sets, but surprisingly it was the female fronted bands who got the biggest mosh pit action that day.

Walls Of Jericho were unmatched until Flyleaf took the stage, and although their music was nowhere near as fierce, the crowd had grown by their stage time, and the metal masses were hungry for action.

The pits made Flyleaf much more interesting to me than they would have been otherwise. Stone Sour, Deftones, and Korn all delivered killer sets and topped off a great day of sunshine, a little rain, and a lot of rocking!

On this date in history, 8/6/2004, Linkin Park, Korn, Snoop Dogg, The Used, and Less Than Jake joined forces for the Projekt Revolution Tour at Deer Creek in Noblesville, IN. I arrived in time to see Snoop Dogg play an entertaining and enjoyable set of his instantly identifiable rap. Snoop's pimp hand was strong and his flow was as smooth as it gets. I'm not a rap fan, but I recognize quality, and Snoop is the epitome of cool in his delivery and his persona. Korn delivered a thunderous performance as they always have in all the times I have seen them. I was fully expecting them to blow Linkin Park off the stage, but that most definitely did not happen. Instead, Linkin Park delivered a superb closing set filled with exceptional sound and light, high energy playing from a really tight band, and Chester Bennington's amazing vocals, clearly the best element of that band for my taste. I had previously seen them at one of the Ozzfest shows and had been unimpressed, to say the least. On this night in 2004 they showed their growth and their depth, and I had to give them the respect they so obviously earned. For their encore, they played a spot on rendition of "Wish" by Nine Inch Nails that was truly inspired. Writing this so soon after Chester Bennington's tragic death brings back just how much talent the man had and it makes me glad that I got to see such a progression in their career.

On this date in history, 7/29/2017, Korn brought the Serenity Of Summer Tour to Deer Creek, in Noblesville, IN. The tour had different opening acts in various locations, but our show featured Stone Sour, YelaWolf, and Ded. Ded opened the show with a burst of energy, sounding like they have done their homework at emulating some of their musical heroes. The first song sounded like Slipknot lite, and the second one featured the singer doing quite a decent job of sounding like the recently departed Chester Bennington. The only problem for me was a lack of any distinguishing original characteristics in their songs. Every song and every riff called to mind something I have heard by other bands. Perhaps these guys will stick together and develop their own groove over time. They played and sang well, and had plenty of energy, so they have good things to build on. I wish them well in finding something to distinguish them from the pack. YelaWolf was next, and for what it was, it hit its mark. I'm not a big fan of the "2 turntables and a microphone" approach, but the crowd seemed pretty responsive to it. The front man/rapper obviously has skill at his profession. I couldn't do what he does, so I have to recognize that he has talent, but I don't want to hear too much of it, either. Stone Sour played a good set, but I felt their mix was a little on the murky side. Corey Taylor sang great (as usual) and the band were on point instrumentally. I prefer Taylor's other band (Slipknot, for those of you who may not know…there may still be a few of you out there!) and admit I'm not familiar with Stone Sour's entire catalog. Nevertheless, they would have benefited from more clarity and more volume in their mix. Korn proved without a doubt why they are still a headliner all these years into their career. Jonathan Davis was a non-stop whirlwind of movement, singing with savage intensity and navigating the band through a virtual tour of their best material. All the highlights were covered and a superior sound mix and light show completed a stellar performance from a band still convincingly in their prime. 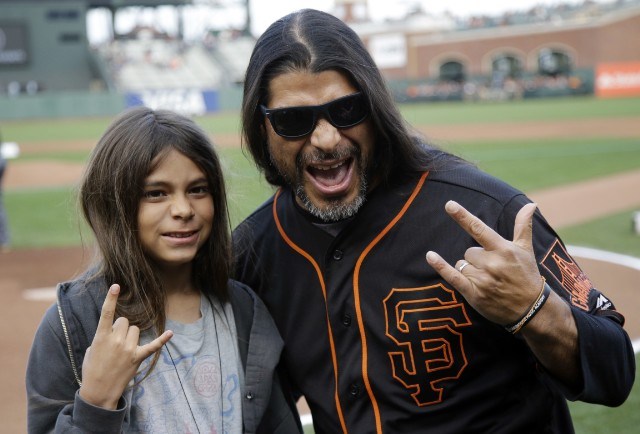 Having a father like Metallica‘s Robert Trujillo must be pretty great, if only because you’re living with one hell of a bass instructor. Robert’s instruction must have done his son Tye Trujillo’s playing at least pretty damn well, considering the kid has been recruited by Korn to replace Reginald “Fieldy” Arvizu during its South American trek later this month.

“We are bummed Fieldy can’t join us on this run but excited to do a few gigs with a young player like Tye. We look forward to welcoming our brother Fieldy back when we return to the States in May.”

Best of luck to Tye and Korn on the touring route! We’re looking forward to seeing and hearing footage of the shows.

Fieldy rejoins the band at Carolina Rebellion on May 6. Take a look at Ty’s band The Helmets, dude does not mess around: