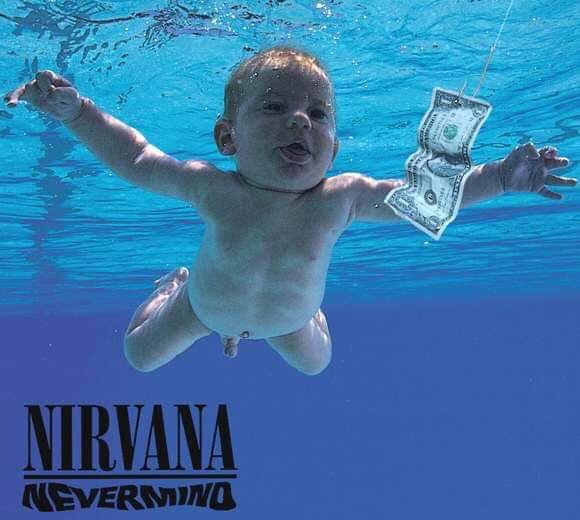 Nirvana’s Nevermind (1991) really put Grunge Nation on the map, and designated Kurt Cobain as the voice of his generation.

Nevermind came at just the right time in history, which just so happened to occur after the band chose Dave Grohl to be their new drummer.

Cobain wrote deceptively simple songs that stuck in your head for days and had really cryptic lyrics that either made no sense at all or hit the listener like revelations.

Whatever interpretation one had, the impact of Nevermind was undeniable.

For an album that initially wasn’t expected to sell many copies, it has racked up sales of over 10 million in the U.S. alone, and over 30 million worldwide.

From the opening guitar chords of Smells Like Teen Spirit, it became obvious that something both familiar and brand new was happening in Seattle.

Other future classics included In Bloom, Breed, Something In The Way, Come As You Are, Territorial Pissings, Lithium, and Lounge Act.

The entire album is brilliant, and sounds huge.

There is a reason that Nevermind is rated as highly as it is…it is simply an incredible creation.