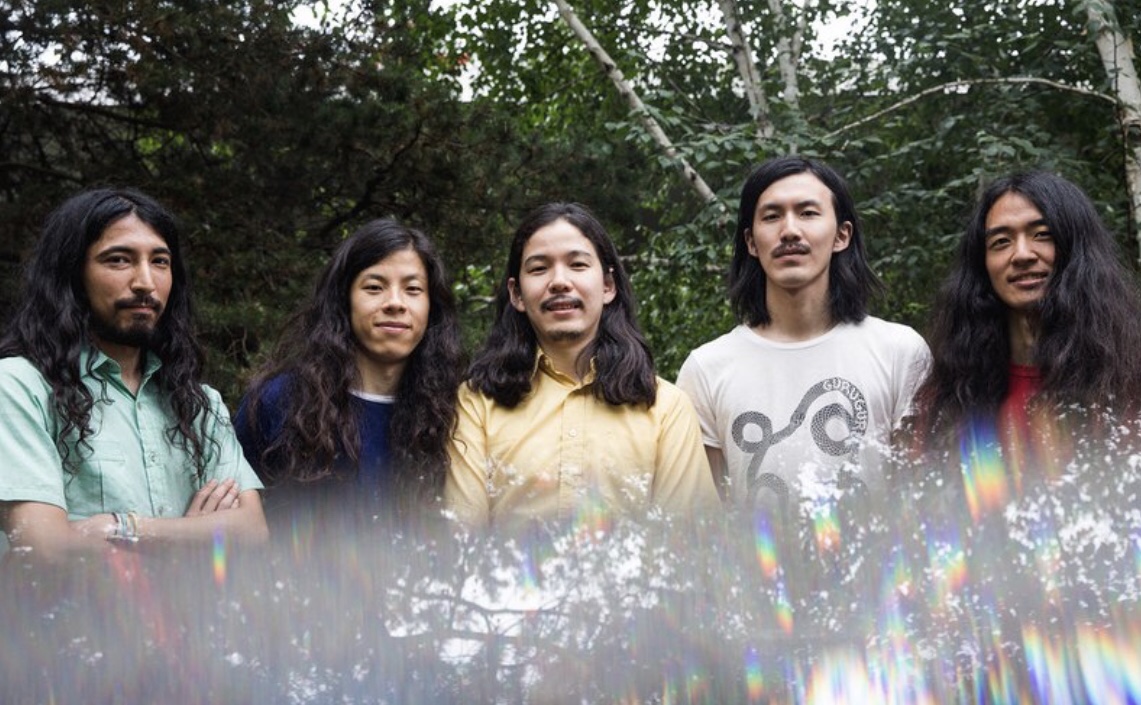 Welcome to our “Psychedelic Lunch” series where we find out how deep the rabbit hole really goes and explore psychedelic tunes from the 60’s to today. Weekdays At Noon EST. Enjoy the trip

Listening to Kikagaku Moyo is to be lifted from your seat and thrown out of the current universe and timeline. That sounds more painful than it actually is. In reality (or maybe what we perceive as this reality), the Japanese psych-rock outfit has continually made music that not just expands outward and allows the band to experiment with otherworldly sounds but also taps into a feeling of bliss. The heavy use of sitar and the swirling, ephemeral tones of their guitars mixed with the whispery vocals coalesce to form a sound that’s just as mind warping as it is comforting.

Japanese psychedelic rock group Kikagaku Moyo present a stunning, hypnotic cover of the traditional folk song “Gypsy Davey,” as arranged by Sandy Denny’s band Fotheringay in 1970, backed with a new, original song called “Mushi No Uta.” Both tracks were recorded in 2019 at Wilton Way Studio in London, and the single features cover art by Portland, OR artist Hailee Va.