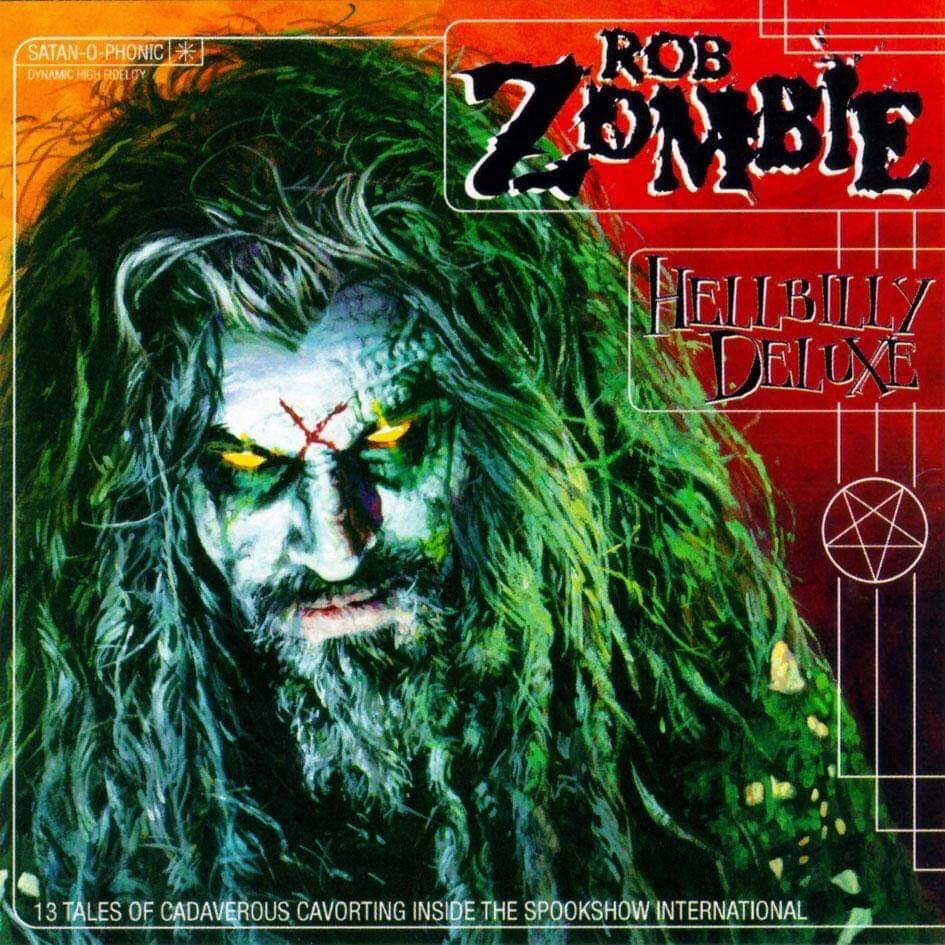 Rob Zombie launched his mega-successful solo career 20 years ago with Hellbilly Deluxe: 13 Tales Of Cadaverous Cavorting Inside The Spookshow International (1998).

Musically, Hellbilly Deluxe is much like his previous band’s material, though possibly a little more industrial and electronic influenced.

Creatively, Rob Zombie wrote all the lyrics and co-wrote all the music with the album’s producer, Scott Humphrey, making him completely in charge of his solo direction.

As a solo artist and movie director, Rob Zombie allows all of us metalheads and horror movie fanatics to collectively celebrate Halloween year ’round.